Demon Deacons look to tear up the links this fall 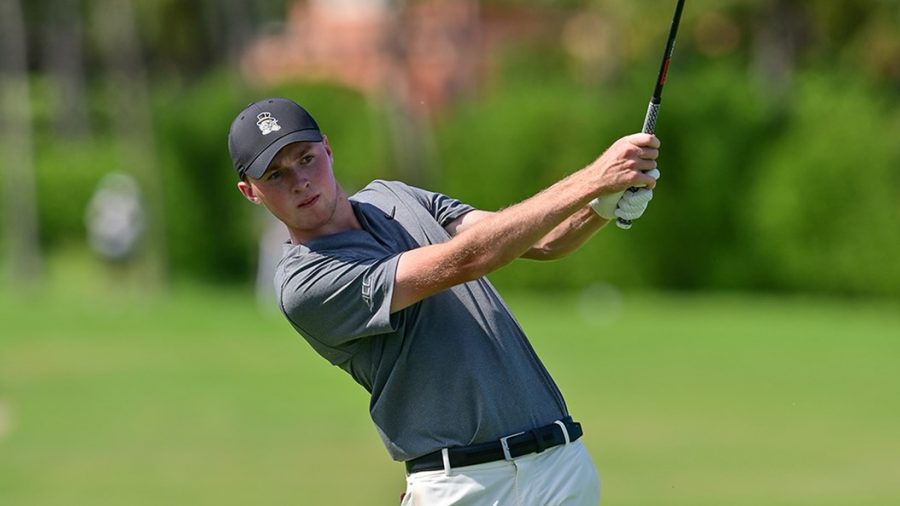 Stop me if you’ve heard this before: the Wake Forest golf teams will be a force to be reckoned with this year. And, with last year’s spring season cancelled due to COVID-madness, the Demon Deacons are coming back this year with a vengeance. While golf play in the ACC doesn’t begin until the spring, the Deacons have been busy throughout the summer, playing in various matches across the country. While some events were cancelled due to the pandemic, several golf tournaments were able to proceed as scheduled, albeit with new regulations and social distancing rules in place. The largest events for both the men’s and women’s squad were the US Amateur events held in Oregon and Maryland, respectively.

On the men’s side, five athletes represented Wake Forest at this year’s US Amateur event in early August. Returning senior Eric Bae, seniors Marco Steyn and Parker Gillam, junior Alex Fitzpatrick and freshman Michael Brennan all participated in the event. It was an impressive feat for the Wake Forest squad, as five people traditionally make up a college lineup. Mark Power was eligible to play as well, but could not make it due to COVID-19-related regulations.

Steyn competed in the Northern Amateur tournament as well as the Western Amateur where he was joined by Gillam and Brennan. This spring, Mark Power gathered a handful of All-American honors and was honored alongside Eric Bae, Eugenio Chacarra, Alex Fitzpatrick and Parker Gillam on the Ping All-Region East Team. Although the 2019-20 season ended in March due to COVID-19, the men’s golf squad was able to win a team title and an individual title. The team finished the season ranked No. 5 by Golfstat and No. 6 by Golfweek. The men’s squad is coached by Wake Forest great Jerry Haas, who is entering his 24th season at the helm of the team. Associate head coach Aaron O’Callaghan is entering his third season as well.

The women’s crew had a very strong showing at the women’s amateur in Rockville, Maryland. The squad was led by senior Emilia Migliaccio, who tied for second place in the stroke play portion and entered match play as the three-seed. After playing 22 holes in the round of 16, Migliaccio eventually fell on the 18th hole to Gabriela Ruffels, the defending champion. Sophomore Rachel Kuehn was not far behind. After an extremely impressive summer on the course, she advanced to match play as the eight-seed. Kuehn won the Women’s North & South Amateur, an event which her mother also won. Siyun Liu and Vanessa Knecht also participated in the event and had strong showings, rounding out a strong top four for the Deacons. Liu, Kuehn and Migliaccio were all named All-Americans this spring, while Head Coach Kim Lewellen was named the 2019-20 Golf Pride Grips National Coach of the Year by the Women’s Golf Coaches Association. The women’s squad finished the COVID-19-shortened season ranked No. 1 by Golfstat and No. 2 by Golfweek. In their final tournament of the year, they tallied a 26-stroke victory and  an individual title at the Darius Rucker Intercollegiate. The three returning All-Americans, as well as the highly-touted underclassmen, Lauren Walsh and Kuehn, will make up the formidable women’s roster this year. The Lady Deacons are coached by Kim Lewellen, who is entering her third season at the position, and Ryan Potter, who is in his fifth year at Wake Forest.

Players and coaches alike understand that after their impressive showings last year, expectations for this season are through the roof. By the time spring rolls around, the hope is that there will be ACC competition readily available for both teams. Under the esteemed leadership of Haas and Lewellen, the signs indicate that if matches are able to be played, this is shaping up to be another exciting and successful year for Wake Forest golf.