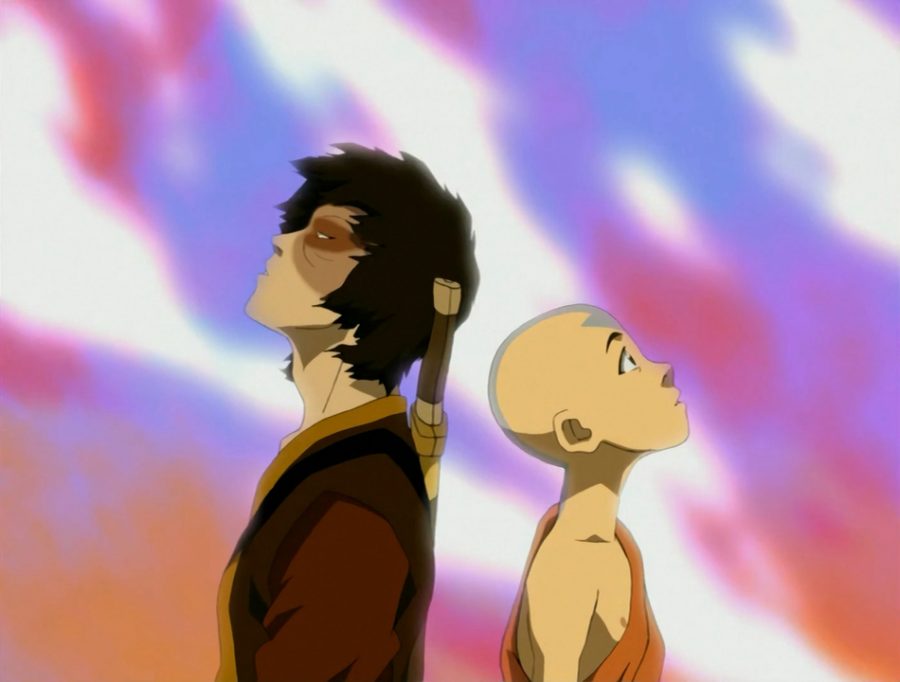 Everyone can look into their past and remember the different years of their life, but they can only remember them to an extent. It is only through some familiar thing that a person can fully re-enter that time and remember — if even for a moment — how it felt. Most viewers who grew up around 2005 and the reign of Nickelodeon’s animated series have experienced this return to childhood recently with the revival of the animated cartoon — Avatar: The Last Airbender. Personally, watching the return of this show has taken me back to the excitement and suspense of the original three seasons, just as well as it has reminded me of the pure joy I once had watching one of the most original stories in television history. If national conformity isn’t reason enough to give this show a try, I’ll give it a review to tell you why anyone would enjoy it.

Dramatic sentiment aside, logistically this has been one of the best decisions in Netflix’s history. In May of 2020, Netflix acquired the rights to stream all three seasons of Avatar: The Last Airbender in a supremely optimal moment. During an obvious surge in viewership, Netflix was able to secure one of the greatest ventures in escapism in entertainment history (Avatar was the winner of both a Primetime Emmy award and a Peabody). Though the exact viewership numbers are impossible to acquire, the show easily became a fan favorite once again to become the banner title of Netflix, surpassing all top ten shows on the online platform.

Avatar: The Last Airbender is the story of a world composed of four different nations. Each individual nation is home to a specific type of ‘bender’— a human who can manipulate the elements of the world (earth, water, air, fire) to their will. The Avatar is a being able to control all elements, who is burdened with the responsibility of maintaining peace between the Four Nations. The show follows an Airbender named Aang, who becomes the Avatar, yet vanishes as the Fire Nation begins to invade and conquer the other nations. A brother and sister from the Water Tribe find him one hundred years later and together they set off on a quest to save the world and restore peace. 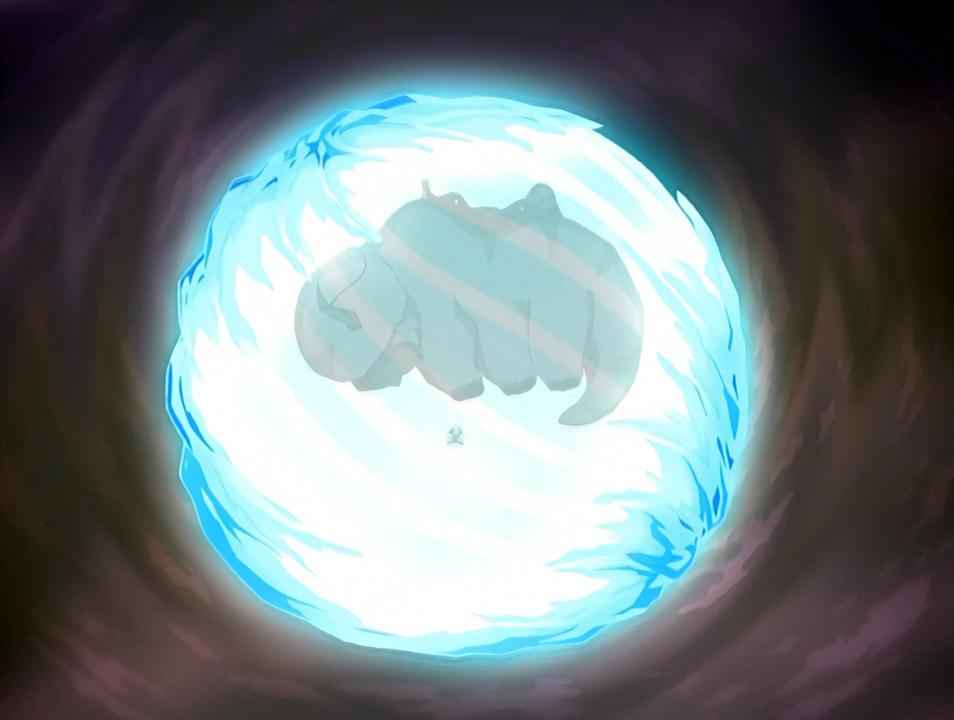 From the beginning of the first season, the freshness and originality of the story is something only comparable to the air surrounding the release of Star Wars: A New Hope or when the first Harry Potter novel came out. The viewer is drawn in by a world so finely crafted and detailed yet so mysterious and empty. This duality of compelling content (bending, magical creatures, otherworldly lands) and in unanswered questions (the history of the world) is the mark of great writing. It allows the audience to watch imaginatively — so that even when they’re not enjoying the show, they’re going about their lives wondering about far off lands and unknown powers within the show that haven’t yet been named or created.

Though it appears in a breathtakingly unique fashion, Avatar was crafted from anime aficionados, admirers of Eastern culture and philosophy alike. The creators do a fantastic job of bringing that influence into the vastly different world of western television. When a truly distinctive element of an action story, such as magic or gunfights, is like nothing any audience has seen before, the showrunner’s usual instinct is to give you all that you can handle. This bending of elements is a fresh, creative and distinctive ingredient of the show. But instead of being overused, bending is used realistically, stylistically, and sparingly so as to make the audience really consider not just the limits, but the effects of power like this. This is the impact of the meticulous philosophical framework behind the story.

However, many object to watching Avatar, citing that it is a “kids show” or a “cartoon.” True enough, the show was made for kids and has childish humor — yet the integrity of the story, as well as the complicated philosophies and art (animation and martial art choreography), help to absolve the childlike atmosphere to give the mature simplicity so often required of entertainment. Everyone appreciates the humor of a kid once in a while anyway.

The characters are an integral example of this tonal transformation. They are perhaps the most remarkable part of the show — the embattled Prince Zuko of the Fire Nation standing out as one of the more well written characters and original archetypes in TV history. His example of internal conflict between his family and tradition and his own intuitive sense of morality has laid the groundwork for countless antiheroes both in film and television. In each of the characters is an entirely fleshed out set of themes worked out at an incredibly efficient pace — in only three seasons. By the end of the series, you’ll be amazed that the main characters were all only children. You feel like you know them. And this is the aim of most writers — that you could see them as an actual person in reality. 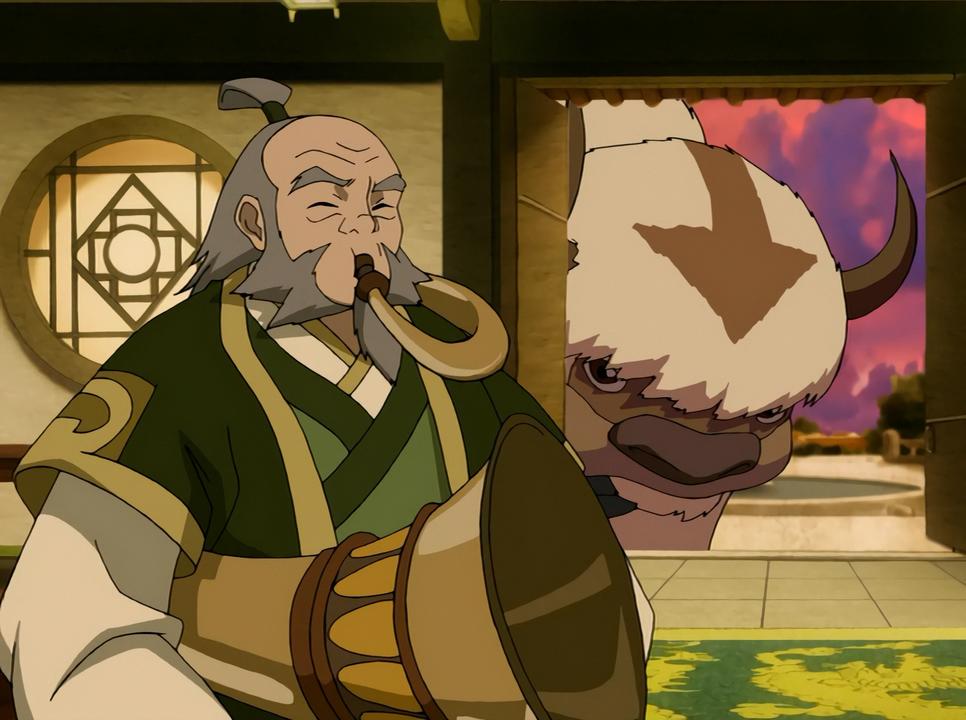 In the years following the initial 2005 release, Avatar: The Last Airbender suffered a disastrous film reboot and is likely to have an equally displeasing live action remake. The Legend of Korra sequel series was recently added onto the Netflix roster, following the resurrected success of Avatar. You can say what you will about the attempts at continuing and capturing the magic of the original story. Nothing will ever work as well. The reason why every attempt will be unsuccessful is because Aang, in the minds of the original audience, will always be enshrined in the animation style of Avatar: The Last Airbender, just like all of his companions and villains. The original creators of the show had a story to tell about a young boy and his friends trying to find their place in the world. Everything else you see now is a cash grab.

So I urge you to give this show a try. And for the love of God, don’t watch the Shyamalan’s film version. Unless you’re going to make fun of it.