A glance at the volatile industry of print 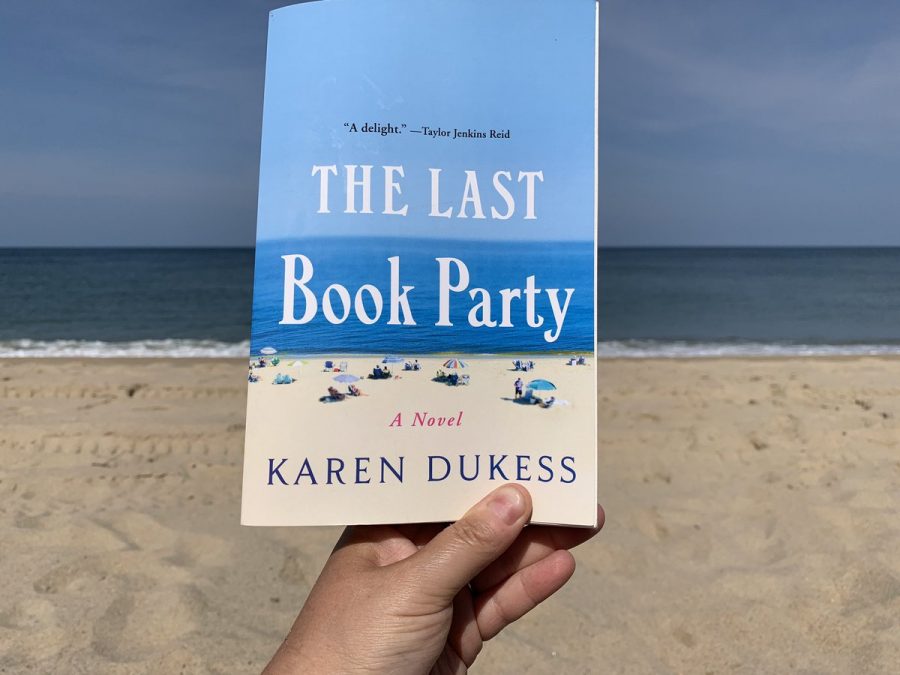 I picked up this novel because I didn’t know what it was. I found it wrapped up in newspaper and set on a table in the library for any visitor to pick up. Since reading, however, it has become clear to me that The Last Book Party attempts to balance two contrasting identities: one, as a book written for aspiring writers, especially those that are green to the realities of big publishing, versus two, a book written in 2019, when many of those same writers won’t find themselves in that position.

Throughout the novel, we see Karen Dukess transplant the protagonist Eve from her role as a mere Editorial Assistant, a self professed “very educated typist,” to someone entrenched within the inner workings of her industry. The 1980s Cape Cod in the summer setting creates an idyllic background for a less-than-intense drama by the sea, with old money flowing from its pages. It is a world saccharine to taste, brimming with nostalgia. Despite being published last year, it probably would be better suited to an archeological dig from the 80s. This sentiment appears everywhere, from the questionable, if not problematic, advances made by Eve’s colleagues, to the titular “Book Parties,” where visitors dress as their favorite characters from literature. In more ways than one, I was waiting for Gatsby to show up.

Dukess offers a point of view that is both separate from the artsy, often pretentious publishing world, yet somehow detached from her very audience — writers. Eve is not completely emersed in the inner circle, yet she is absolutely distinct from the typical aspiring writer. She is the product of a well-to-do family and is able to use that privilege to sustain a metropolitan life, beyond her $13,700 annual salary. Her struggles are real, but different from the kind most aspiring writers are worried about. “Publishing” as an industry goes far beyond the hegemonic Paris Reviews and Harper Collins’ of the world, for example. Independent presses make up about half of all publishing market share in the U.S. — these are established entities not privy to the cutthroat, bottom-line obsessed ideals of larger companies. The conventional wisdom that drives writers everywhere, that anyone can be a writer, is thrown out the window.

Much of the hard-hitting truths Dukess reveals are truths only faced when talking about a very specific brand of publishing. We only see Eve and friends, whose degrees are covered in ivy and perspectives tragically insular, struggle in ways many will never have to. Where Dukess clearly wants to write for the aspiring creative, she can miss the mark at times — a tradeoff she had to have known, considering the time and place she was writing about. Dukess romanticizes a 1980s that feels at the very least, ignorant of the reality that publishing goes beyond the backrooms of the New Yorker.

None of this is to say The Last Book Party is a “bad” book. It is well written, with many characters invoking a wit I can only imagine within someone whose life is centered in writing. Just because a book revolves around an echelon most people can’t relate to does not discount its other merits. Writers have always focused on the rich, out of touch echelons of society, from The Tale of Genji to Wuthering Heights to … Dukess’ novel. This book does not serve every writer, but it should be enjoyed for its creative dialogue and yes, especially its palace intrigue. Where we are used to the relatable, down to earth characters of young adult literature and otherwise, consider The Last Book Party a glimpse into an entertaining, romanticized relic of days gone by.