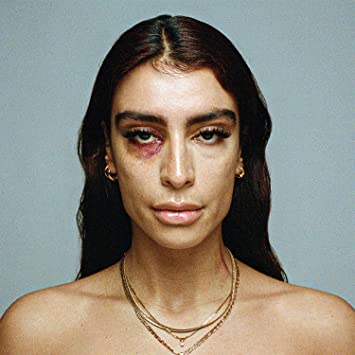 Iranian-Dutch singer Sevdaliza remains one of the most underrated artists around the world. Largely performing overseas in Europe and Asia, she is often overlooked amongst U.S. audiences. However, last Friday, she released her sophomore album, Shabrang, which is a reminder of why she is so special and a must-listen artist. Ever since her debut EP in 2015 and her freshman album Ison, she has managed to expand on her skillset and impact audiences worldwide. In the album’s 15 tracks, she provides a wide range of sounds and melodies, giving off a soundscape unique only to her. The album is largely produced by Sevdaliza and Mucky and features writing credits dominated by Sevdaliza and Reynard Bargmann.

Sevdaliza’s sound can be described through the niche genre “Trip-Hop,” a mix of experimental hip-hop influence and electronic music. These two distinctive genres form into an unrecognizable but attractive combination, where Sevdaliza begins to add her own layer of uniqueness and originality. Because of her Middle Eastern roots, Arabic inspired strings can often be found as the basis of many of her songs. This inspiration from her Persian roots is so prevalent that it sneaks even into the title of the album. “Shabrang” is found in Persian Mythology as the faithful black stallion to the hero Siyavash. The opening track of Shabrang, “Joanna,” incorporates several Persian influenced voice inflections, including revealing lyrics when she sings, “Evil personified. She preys on the dead. Desert woman. Veiled in silence,” hinting at the deserts commonly related to areas like her home country. On “Lamp Lady,” Sevdaliza dreams up a view of her own life had she not emigrated from Iran due to conflicts and war. She describes a world where she’s working a simple job by saying, “Lamp lady selling tangerines, and with the loving eyes of God. Drift back to the sun.”

Many of the lyrics, including those already mentioned, are sung in a poetic fashion, almost as if she is in the same state of reciting classic Persian stories herself. This choice allows the focus to fall on the lyrics, and places less pressure on Sevdaliza to perform as a top tier singer. Sevdaliza also makes sure to respect her own roots and influences. The eighth track, “Gole Bi Goldoon” is a beautiful cover to the famous pre-Iranian Revolution singer Googoosh’s classic track. She takes the original fast paced and happy track and slows it down, making it her own mystifying track sung in Persian.

Shabrang provides many highlights throughout the length of the album, but its production shines the brightest. Sevdaliza increases the experimentation within her electronic music while reminding listeners of her typical sound. She plays with different sounds, moods and genres to create a playlist the listener has never experienced before. Some sound familiar, like the guitar chord led title track, which sounds eerily similar to Travis Scott’s “Drugs You Should Try It.” On the other hand, some feel entirely new, like the video game intergalactic vibes of “Rhode,” featuring heavy synths and groovy tunes. The production can be seen at its best on the most energized track of the album, “Eden.” Here, Mucky and Sevdaliza build a gorgeous arrangement of strings followed by hard drums which sound similar to a Hip-Hop trap song. As it progresses, the beat builds, drops and builds its way back up in a way similar to EDM tracks. When it drops later, however, horns can be heard alongside the beat, making it an even more maximalist listening experience. It’s small additions like this that separate Sevdaliza from her peers.

At its core, Shabrang is all about opening your mind into a reflective dream state. There are no easy interpretations as to what the songs are about. Sevdaliza does not make it easy for listeners to relate to her, but instead challenges them with complex sayings softened by attractive and eclectic melodies. You get to experience her flowing thoughts and stories without ever having to overthink the message. Overall, this album is a notable release for 2020 and definitely a great album to start off with in Sevdaliza’s discography.