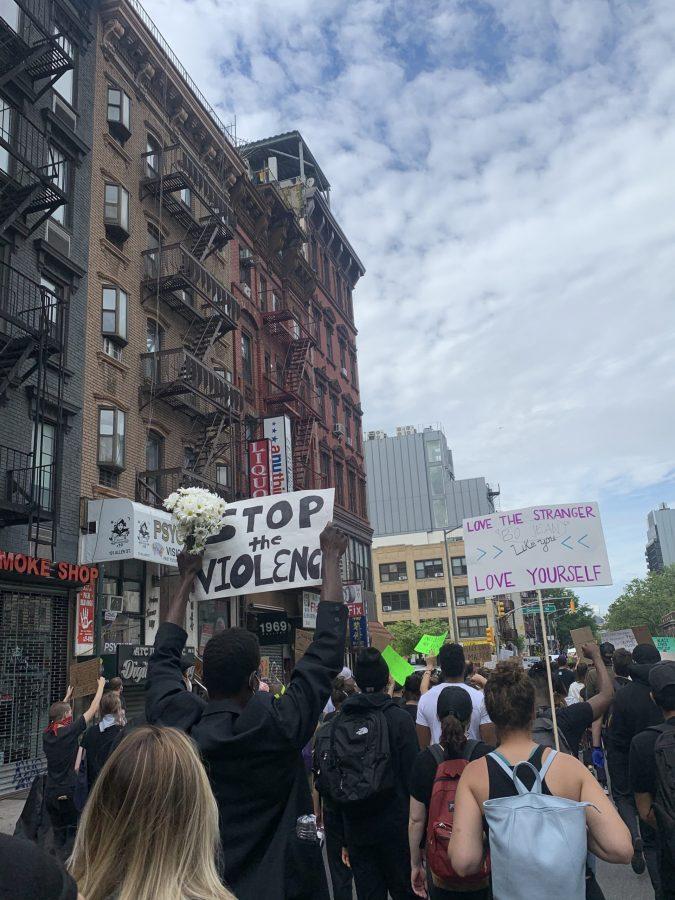 For a lot of us, this year has been a wake up call to the harsh realities of racism that our Black, indigenous and people of color (BIPOC) classmates have known to be true their whole lives. With the killings of George Floyd in Minnesota, Breonna Taylor in Kentucky and John Neville right here in Winston-Salem, the ugly human cost of systemic racism has been broadcast clear as day to those like me who are privileged enough not to experience it on a daily basis.

We are now charged with the work of levying that privilege and committing ourselves not only to unlearning actions and perceptions that have roots in racism, but also in actively fighting against it. To, as Angela Davis reminds us, not simply be not racist, but antiracist.

The student compact this year laid out this responsibility and formalized the work that we as Wake Forest students need to do to see a fairer, more just world.

The compact lays it out like this: “Commit to antiracist action, condemn prejudice and bigotry, challenge ourselves to serve the marginalized communities on campus and throughout the Winston-Salem community, and encourage unity as a student body by engaging with different groups and perspectives.”

Much has been written about making Wake Forest’s campus a more inclusive space, and I look forward to continuing that conversation both at institutional and personal levels, but for the moment, I choose to focus on the idea of committing to “antiracist action” in the Winston-Salem community and some things we can do right now to help make this community a fairer one.

In Winston-Salem just last month, police arrested many protesting the unjust death of John Neville for solely exercising their first amendment rights. Donating to the Forsyth County Community Bail Fund, or even just sharing a fundraiser for them with those who can donate, is a great start to getting involved. No one deserves to be jailed for speaking out about racism in our system.

In North Carolina as a whole, there is a campaign to end qualified immunity for police officers, which allows police almost limitless discretion in their duties (and leaves very little room for litigation against them in cases like those of Floyd, Taylor, et al).

No one deserves to be jailed for speaking out about racism in our system.”

There is also a campaign to encourage Governor Roy Cooper to veto Senate Bill 168, which would afford further protections to the police. Equity Forsyth has a sample letter  that can be sent to either legislators or Cooper (it can also be used as a call script). Another great way to get involved is to show up at protests and elevate the voices of BIPOC there. Then, when speeches are given, listen to the anger and frustration and then do something about it. Often, the groups that organize these protests (Winston 4 Peace, etc.) or their partners have some way to get involved. Learn about these organizations, and then join them in their fight.

We have been woken up now. We see the damage — psychological, human and otherwise — that racism is causing in our communities. We have seen the pain and anger of people of color and we have been implored to levy our privilege and help fight this unjust system.

As Thomas Paine wrote in Common Sense, “We have it in our power to begin the world over again.” Our generation has unlimited potential to make change.

Let us not be discouraged by past failures to act or the gravity of the work to be done, let us channel that American spirit of defiance and problem-solving and make not just a non-racist world, but an antiracist world.