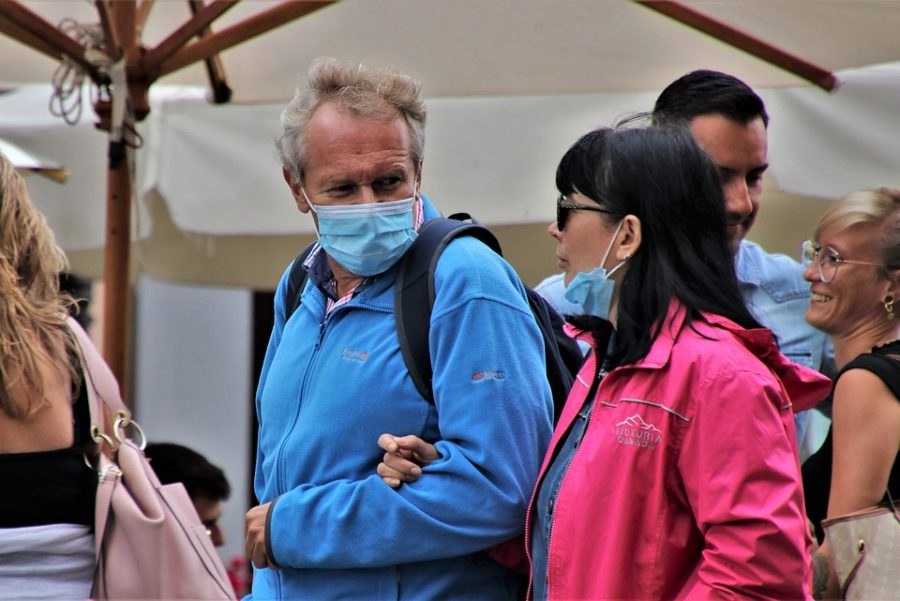 February was the last full month of relative normalcy in America. President Donald Trump was acquitted after grueling impeachment hearings. There were long delays with the Iowa caucus, marking an uncertain start to the election season. The first American died of the coronavirus in Wuhan, China.

The Old Gold & Black was preparing to release what would be its second to last print issue of the academic year. We had a shortage of content that week and we were looking for a story to fill the empty space. I decided to conduct a brief survey asking how students felt about the coronavirus.

The overarching response was that students did not care about the virus. They said they weren’t worried because there “aren’t any cases here.” They admitted to being ill informed and compared it to the flu. They mentioned ebola, expressing confidence that if the virus reached our shores, we could handle it. Except one sophomore said, “We are too ignorant because it’s too far away. We need to be more concerned than we are.”

He was right. We should have been more concerned, but why weren’t we? Frankly, we had no reason not to be. There was an abundance of information regarding the virus. A quick Google search for news articles from February tells you that every major news source was writing often about the virus, warning us of the health risks, economic fallout and increasing number of cases. Yet in late February and even in early March, we remained unconcerned. The Old Gold & Black did not even run the results of our survey in the paper because they did not seem worthy of reporting. We instead opted to fill the space with our recurring “Wake in a Week,” which highlights campus events.

My notes from the survey sat in a note ook in campus storage for six months,and when I read them this week, it felt like I had opened a time capsule. With the benefit of hindsight, the responses seem unfathomable. But, these responses were only a microcosm of how the rest of the country was feeling. Maybe they reveal an underlying reason for why we were all so unprepared, when in fact we shouldn’t have been unprepared at all.

Our exceptionalism often leads to closed-mindedness and ignorance about the rest of the world.”

During quarantine, I thought a lot about American exceptionalism — the idea that America is inherently different and better than other countries. But our exceptionalism often leads to closed-mindedness and ignorance about the rest of the world. Why would we pay attention to what’s happening in other countries when our way, the American way, is always best? We didn’t follow other countries’ leads or learn from their experiences because we didn’t think we had to. There weren’t any cases here.

But now that the virus is controlling every aspect of our lives and we are still failing to contain it, I think about the role of another hallmark American trait – American individualism — in explaining our response. While studying abroad, I learned that America is actually the most individualistic country in the world from a social science standpoint.

Contrastingly, some of the most collectivist countries in the world are in Africa, which as a continent has inexplicably weathered the pandemic despite a high infection rate.

As Americans, we value individual achievement rather than collective progress. We choose to help ourselves over the greater good. We don’t wear masks because we believe they infringe on our personal freedoms, freedoms we will defend to the death.

Or, we think they are simply annoying, and why would we want to be uncomfortable even for a little while (even if it means protecting others)? We don’t stay six feet away from people because we don’t like being told what to do, and don’t think we can be forced to do anything. The university’s “Show Humanitate” campaign proves that we have to be reminded to engage in personal sacrifice that benefits the greater good. In other countries, people wear masks solely because it helps others, no questions asked, and they’re fairing much better than we are.

It’s one thing not to take the virus seriously because of our exceptionalist attitude. It’s quite another to continue jeopardizing our own health and the health of others by standing on ceremony. Strictly prioritizing individual freedoms over the wellbeing of the whole will serve to our detriment.

To beat this virus, we will need to stop thinking we know best and learn to balance individual liberties with collective sacrifice, which doesn’t come easily to us.