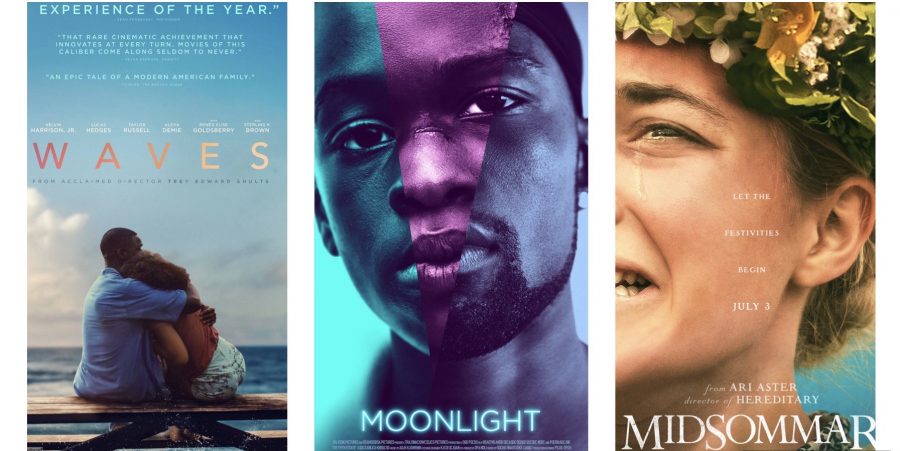 If you are even peripherally interested in movies you’ve likely seen something produced by the entertainment distribution company A24. Their films appear to be aesthetically distinct from more typical cinematic fare, almost always departing from stylistic norms. And with seemingly not insignificant success the company has become an aesthetic unto itself. One can buy gaudily baroque t-shirts celebrating films from the A24 catalogue, or indulge in candles, mugs, posters or hats designed with a Virgil Abloh-esque grammar. The company’s emphasis on films that seem to push the boundaries of contemporary cinema underlays a singular aesthetic vision that transcends media and may, in the end, have much to do with a collective boredom with the sights and sounds of everyday life. However, A24 and the films it produces are a false escape.

It is probably wrong to critically approach a large swath of movies based on the company which saw to their distribution. A more appropriate and more traditional unit of measure would be an analysis of a particular director or cinematographer or writer’s body of work. To make a critical assertion about a set of films produced by a vast ensemble of movie-makers with little to do with one another other than their transient partnerships with a particular company seems pointless. However, A24 has seen a significant rise in prominence, and I think it is important to take stock of the ways in which the company has affected independent cinema throughout the decade.

A brief and unscientific poll of my suitemates yielded results which I, unfoundedly and without any basis in statistical research methods, feel applies to the population of semi-interested movie watchers at large.

“If I see a trailer for an A24 movie, I feel like it will be better and more thought-out than a regular movie,” said one friend. Another commented that “they do such provocative things in their movies that it makes you unsettled … and there’s an A24 aesthetic.”

A24 … proceeded to advance an aesthetic agenda that formalized a breadbasket of independent film must-haves.”

I really do have the sense that these and similar opinions are shared widely, and that after establishing a niche in independent cinema, A24 indeed proceeded to advance an aesthetic agenda that formalized a breadbasket of independent film must-haves, a tool box of stylistic cues that collectively make up our concept of the A24 aesthetic. And as an ardent over-user of the term “aesthetic,” this should delight me. However, I am also a known abuser of the term “hegemony” and in this case each of these academic buzz words seem highly relevant.

I have no idea what the process of pitching a movie, executing on its creation and delivering the finished product in post-production looks like. However, my sense is that a film has to be viable (or at least appear to be viable) in order to be created. This is especially important, I would expect, for filmmakers with little to no budget on hand. Filmmakers look to producers for money to make their films, but producers will only invest in films they think will appeal to movie-goers. So, in the producer-filmmaker relationship, the producer has the power, and serves as the arbiter of aesthetic viability. This has the effect, I’m guessing, of creating an echo-chamber similar to the aforementioned “A24 aesthetic:” A more or less consistent grab-bag of vintage reclamation, art-nouveau reimagination, french new-wave run through a who’s who of VSCO filters.

The A24 aesthetic seems divergent from the styles and forms we are used to seeing in theaters, however it is itself tiresomely predictable and, for that reason, constrains our own aesthetic sensibilities. As a divergence from the norm, A24 feels refreshing. But when an aesthetic is commodified it loses novelty and becomes a force of hegemony.