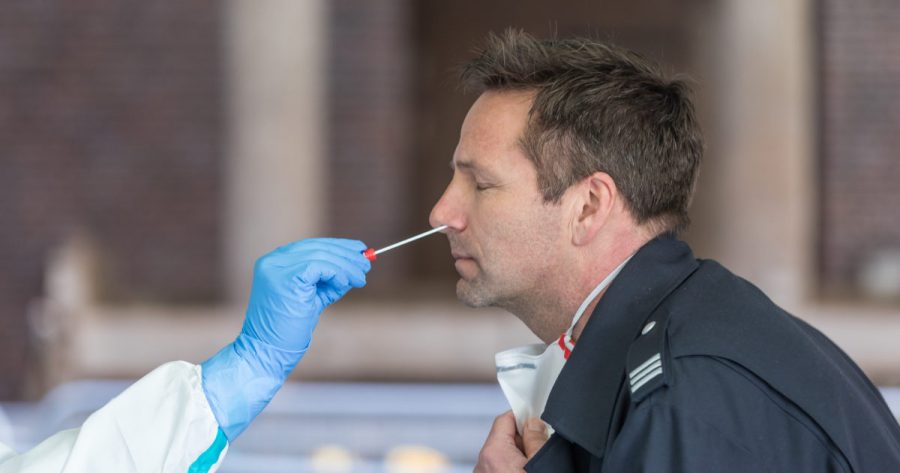 Wake Forest University officials have announced the start of random COVID-19 tests this week with about 500 random tests expected to be performed per week, according to Vice President for Campus Life Penny Rue. The university has so far conducted a total of 33 tests based on symptoms over the first week of classes, all of which were negative.

The university’s 29 reported tests as of Sept. 2 were conducted off campus with students’ independent resources, Rue explains.

Random testing was introduced and implemented this week with the advice of top infectious disease experts at Wake Forest Baptist Medical Center and the guidelines released by the Centers for Disease Control and Prevention (CDC), according to Rue.

“CDC guidance has been shifting throughout the summer, and only recently … we made the decision to use this approach based on CDC guidance,” Rue said. “Because it takes, typically, about four days from exposure to show any symptoms or even to show the antigens in your blood, to do [testing] too soon since we had just done pre-arrival testing for everyone just didn’t make any sense.”

Rue also noted that if someone tests positive, the university will work with that individual to perform contact tracing.

As of Sept. 1, the university has reported 25 positive tests for coronavirus on its dashboard, and over 20 students are currently in quarantine (the university’s quarantine capacity is currently 380, but can be raised if needed, per Rue).

Wake Forest has also launched a COVID-19 dashboard to keeu track of cases  and possible outbreaks on campus. Thus, far no clusters have been identified among students.

“There are no known clusters currently. A cluster is defined as five or more cases in a 14 day period of time within a setting with a link between the cases. The University monitors information for individuals with confirmed COVID-19 to look for clusters,” said SHS Clinical Director Dr. Joanne Clinch.

According to Rue, there are also plans to increase the amount of information on the dashboard as the semester progresses.

Administration officials are hopeful that the random tests will yield the same low percentage of positives as have been prevalent these past weeks. So far, students who felt sick participated in a telehealth screening with Student Health Service (SHS) to determine their need for testing.

According to SHS, the university is able to contact trace and notify 50-80 students per day, with access to additional resouces if need increase.

“We’d like to stretch our elbows a little bit and see what we can create that’s safe,” Rue said on the possibility of larger on-campus gatherings.

Ultimately, as the university moves into a new phase of COVID-19 monitoring, Rue is encouraged by the “esprit de corps” she sees in the Wake Forest community.

“In conversation with colleagues from around the country … I do think that Wake’s ability to navigate this crisis is enhanced by the sense of community that we know students feel, that we as administration feel, too,” said Rue.