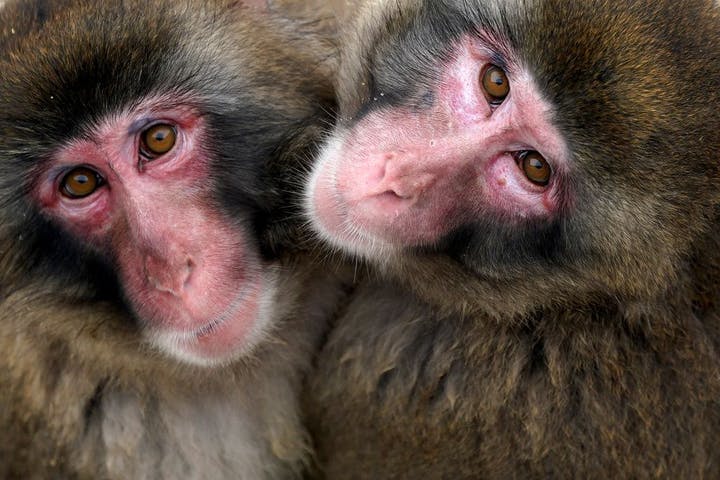 A pair of snow monkeys huddled together in their enclosure at the Minnesota Zoo.

In the United States drug addiction has been stigmatized for quite some time as a lack of self-control or personal responsibility. But many scientists and researchers are working to change the tides of that stigma to create a better addiction treatment system.

Dr. Michael Nader is a researcher and professor of Physiology and Pharmacology at Wake Forest University in the Neuroscience department. Nader is currently conducting research in his lab to ultimately demonstrate the inadequacies of incarceration as the treatment for drug addiction.

Nader’s research subjects are being studied for the effect that addiction has on their brains when it is paired with other factors such as social isolation. The patients aren’t human, though — they’re monkeys.

Nader and others in the lab conduct research on addiction in the brain not only to understand addiction’s effects on the brain, but also to advocate for proper addiction treatments instead of incarceration.

The monkeys in Nader’s lab are a good model for human addiction because they self-administer drugs, cocaine specifically. This means that when available, the monkeys will use drugs much like a human would.

When a person chronically uses a drug, their cognitive, behavioral and neurobiological processes become disrupted. This means that drugs have an effect on the brain that can change almost every aspect of a person’s life.

Highly addictive drugs, like cocaine, have the ability to alter neural pathways, which means that the internal structure of the brain is changed dramatically. Addiction can cause a multitude of health issues and in many cases result in death.

People who are not addicted to drugs experience a normal and pleasurable influx of the neurotransmitter dopamine when doing an activity like eating or exercising. However, when someone uses a drug they experience much higher rates of dopamine release.

After experiencing such a high influx when using a drug, the reward experience of those other activities begins to feel greatly diminished. Suddenly, eating chocolate cake or having sex is not as pleasureable as it used to be for the drug user.

Eventually, that dopamine rush will be diminished with the original dosage of drugs, causing the person to use more and more. This is the downward spiral that addiction creates within the brain and body.

Some behavioral and physiological consequences that can result from addiction include but are not limited to tolerance, withdrawal, continued use, and recurrent failure to complete obligations such as school or work.

The aim of Nader’s lab at Wake Forest is “combining behavioral models of drug abuse in monkeys with brain imaging to better understand the effects of drugs of abuse,” as stated on the lab website.

When a person is addicted to drugs, there are a few strategies to address that addiction. The most common of those strategies in the U.S. are incarceration and interdiction (decreasing the supply). However, individualized treatment and alternate reinforcers in the environment are other viable options which Nader pointed out.

Alternative reinforcement means that drug abusers are motivated to stop using through external, positive reinforcers such as adequate housing, jobs and social support. This reinforcement has the potential to reduce the stigma that drug users must be incarcerated.

According to a report released by the FBI, nearly 830,000 Americans were arrested for “drug abuse violations” in 2018 alone. The data also shows that this number has been steadily rising since 2015.

In a 2016 report released by the Federal Register, the average cost to keep an inmate in jail for a year is nearly $37,000. This accrues to a cost of over $820 million for the U.S. economy.

While billions of dollars are spent to keep drug offenders in jail, substantially less money is spent on research around addiction and alternative treatment methods. Nader pointed out that money spent on addiction research is far better than spending it to keep drug abusers in prison.

Nader and those working in his lab call for drug intervention programs that attack the issue of addiction on an individual level. Ben Johnson, a graduate research associate in Nader’s lab, also works to understand addiction and the brain through animal research.

Johnson said that when someone is addicted to a drug, “[their] brain is changed and without some kind of intervention it’s going to say that way.”

Nader’s research also shows that individuals have varying rates of recovery. Some individuals may be more prone to relapse than others, due to variances in the make-up of individual brains.

Through his work, Nader is destigmatizing addiction and attempting to understand appropriate treatment methods.

“Without a doubt [addiction] is a brain disease that can change your brain, sometimes forever,” Nader said.

The research being done in Nader’s lab has the potential to influence public policy. Nader argues that policies which allow for treatment of drug abuse aside from incarceration must be put in place in order to tackle the drug abuse issue in the U.S.

“If you care about humankind, you would want to treat the individual,” Nader said. “And if you think incarceration is the way to go, well, it doesn’t work.”