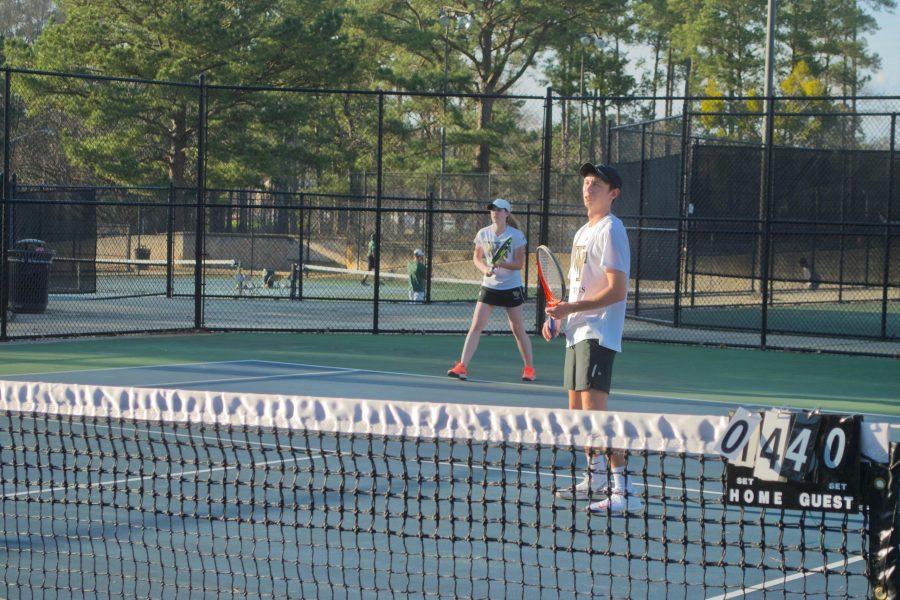 COVID-19 has not been kind to club sports. After forcing a mid-season shutdown last spring, virus concerns led to the university banning organized travel to other campuses for club sports (the school’s Division I teams are still permitted to travel).

Certain club sports, like club softball, decided not to play in the fall semester and to wait out the virus. Others, however, have decided to play on in different ways. Over the next few weeks, the Old Gold & Black will be previewing the teams that have decided to play.

For seniors and club tennis captains Caitlyn Margol, Chris Williams and Sam Bott, this distance (and their team’s love of tennis) made the decision to play during COVID-19 a possible one, if not an easy one.

“We all really want to play. It’s a great outlet for everyone to exercise and make new friends, so it really wasn’t a question of whether we would play or not, but how we would play to meet these new guidelines,” Margol said.

The socially-distanced nature of tennis also made it easier to get approval from the administration to play, as some other clubs needed to write up a social-distancing plan to get approval.

“We are just incredibly fortunate  that we were able to come up with some guidelines but in theory nothing extensive, since [tennis is] a socially-distanced sport,” Margol said.

The action on the courts will look a bit different than it did last spring before the outbreak. Players will be required to wear masks at all times and to comply with various sanitation requirements, according to Margol.

“There is an intramural representative that sits outside the gate checking everyone in through the Corq app, and then everyone sanitizes their hands before coming inside to the courts,” Margol said. “Everyone has a mask on for the entire practice, even while playing, and then we have everyone sanitize their hands upon leaving and after the practice we pass around wipes and wipe down all the balls that were touched during the practice.”

Hi-fives are also not allowed between doubles partners to limit contact.

Despite not being able to play intersquad matches, the team hopes to keep up its competitive nature, even if the matches are just against other team members.

“We’re hoping to do some [intra]squad competition, even during tryouts we had some people play, not anything super formal with actual scoring, but play out a couple games, maybe play to like six games or something … to try to create that atmosphere of competition,” said Margol.

Club Tennis will still hold practices Monday through Thursday and the court will still be free on weekends for members to hit (with a reservation), but the team will try and spread out their members among practices, both for scheduling and virus avoidance purposes.

“We do have to take into consideration how many people come to practice,” Margol said. “The reason we have four days of practices is to try and accommodate everyone’s schedule … and we want everyone to have the opportunity to come.”

Ultimately, the club is still looking to the future. The main focus is the selection and integration of new members to the team, with tryouts having been held earlier this week.

After new members have been recruited, though, the team is exploring the possibility of virtual events for team building and socializing. The team also looks forward to the potential of traveling in the spring, per Margol.