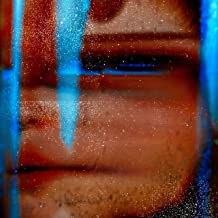 Marie Ulven Ringheim, professionally known as girl in red, dropped her new single “rue” on Aug. 26, a song inspired by the HBO series Euphoria. “rue,” and Ringheim’s other single “midnight love” that dropped earlier this year, hint at an album that may wind up being disappointing for fans of her previous work.

Ringheim hinted that her next album will be darker and “more mature” than her previous work, and “rue” and “midnight love” are a taste of that darkness. “rue” opens with a sinister, heartbeat-like sound, creating a haunting mood reminiscent of main character Rue’s drug relapses in Euphoria, and features lyrics like “I remember you couldn’t stop crying/you found me when I thought I was dying.” “midnight love” is similarly sad lyrically, with lines like “I hope that the right time one day arrives/So, I’ll be willing to let this die/Able to look you right in the eyes/Say I’m not your consolation prize.” While Ringheim is delivering on her promises to take her lyrics in a different direction, “rue” and “midnight love” show her moving away from a critical part of what made her past music special — a loud, unabashed embrace of queerness.

girl in red is so synonymous with queerness that across internet platforms asking “Do you listen to girl in red?” is a common way to find out if a girl is gay. Her most popular songs feature lyrics like “They’re so pretty it hurts/I’m not talkin’ bout boys, I’m talkin’ bout girls,” “Oh Hannah/I wanna feel you close” and “My girl, my girl, my girl/You will be my girl.” There are no nods to queerness on either “rue” or “midnight love.” Instead, the lyrics delve into struggles with mental health and a non-gendered toxic partner, both topics that, while important, have been thoroughly covered in the indie-pop world.

Clearly, artists should be encouraged to step outside of their comfort zones lyrically and musically. However, there’s already a critical shortage of female musicians that are not only out as LGBTQ+ but also write songs that are explicitly about relationships with other women. There’s King Princess, but her songs tend to skew lewd and she has a problematic history, including flashing minors at a concert; there’s Clairo, but her queer songs are softer, less ready-to-sing than girl in red’s. girl in red’s music is monumental in that it finally gives queer women relatable music that’s also upbeat and poppy enough for blasting in the car. A full album entirely devoid of acknowledgements of Ringheim’s lesbian identity — which “rue” and “midnight love” as well as comments from Ringheim suggest may be coming — would be a letdown for many fans.

Aside from their uninspiring lyrics, musically, “midnight love” is empty and “rue’’ confused. “midnight love” opens with a repetitive plucked string melody and faint piano backing that begins to feel unimaginative halfway through. Ringheim seems to be building to something by the 1:40 mark as her vocals grow more desperate, but the buildup amounts to nothing and the song closes with the same instrumentation as in the beginning, making the track feel forgettable and hollow. “rue”’s drum base creates a darkness and urgency that clashes with reverb-heavy, hopeful-sounding instrumentals. The track then transitions into a bland chorus that wouldn’t be out of place in a club. “rue” lacks the cohesion that Ringheim previously nailed in summery, bedroom-pop anthems like “girls” and “i want to be alone.”

Perhaps girl in red’s full album won’t be like “rue” and “midnight love.” I’m hoping that this album will end up like Taylor Swift’s Lover, with disappointing lead singles but a great track list overall. A sudden clean break from the queer, indie magic girl in red is known for would be disappointing to me and to the LGBTQ community at large.