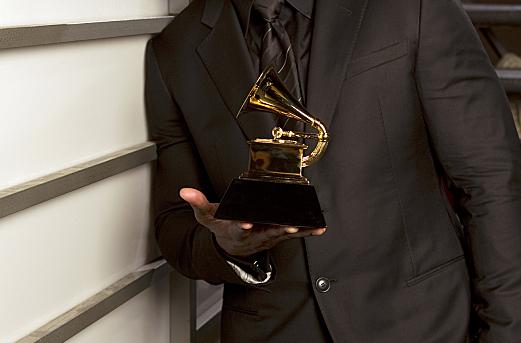 The Recording Academy has announced they will still be holding the 63rd Grammy Awards on Jan. 31 2021. Given that the cut-off date for nominations was Aug. 31, it is officially that time of the year to start discussing which artists will most likely be nominated for the largest Grammy Awards — Best New Artist, Song of the Year, Record of the Year and Album of the Year. The Recording Academy has proved themself to be entirely unpredictable (Note: these are the same people who gave Album of the Year to Bruno Mars’s 24K Magic over Lorde’s Melodrama and Kendrick Lamar’s Damn), but regardless of their past decisions, here are the leading contenders for the 63rd Grammy Awards.

The Weeknd and Taylor Swift

If any two artists are going to be nominated for the largest awards this year, it will be Grammy veterans The Weeknd and Taylor Swift. R&B royalty The Weeknd has been in contention for the Grammys since late 2019 when he released his exuberant number one hit “Blinding Lights,” which is the front-runner for both Record and Song of the Year. Being one of the most commercially-successful albums of 2020, After Hours has basically designated an Album of the Year nomination for The Weeknd, but when it comes to who will win the most prestigious award of the night, it is pop (or folk) princess Taylor Swift’s award to lose.

The Recording Academy tries to nominate an array of albums from unrecognizable critically-acclaimed to commercially-successful, but every so often, the Recording Academy hits the jackpot with an album that embodies both large commercial and critical success. Taylor Swift’s surprise indie-folk album Folklore is this year’s jackpot. On a commercial level, Folklore has spent the most weeks this year on top of Billboard’s Top 200 album chart and has sold over two million units, making it the best-selling album of 2020 so far. Swift’s eighth studio album is also critically-acclaimed, with a Metacritic Score of 88. Folklore will most likely give Swift her fourth nomination for Album of the Year, and if the stars align right on Jan. 31, she could walk away as the most awarded female artist for Album of the Year in Grammy history.

British pop artists Dua Lipa and Harry Styles have both had a very fortunate year with their sophomore albums Future Nostalgia (Dua Lipa) and Fine Line (Harry Styles). Both of their albums obtained the number one spot on Billboard’s Top 200 album chart and developed massive airplay on streaming services, which puts both of the artists in contention for Album of the Year. Harry Styles is also a leading contender for both Song and Record of the Year for his eccentric single “Watermelon Sugar,” and multi-Grammy winner Dua Lipa could also receive a Record of the Year nomination for her electronic-dance hit “Don’t Start Now,” her highest charting song to date.

Female rapper Megan Thee Stallion has proven herself to be a musical force to be reckoned with. She has only been a mainstream artist for about a year and already has two number one hits and collaborations with Beyonce, Nicki Minaj and Cardi B. With all of her massive success this last year, Megan Thee Stallion has earned her spot as the leading contender for Best New Artist at the 63rd Grammys, and if she wins, she would be the first female rapper to ever take home the award. Megan Thee Stallion is also in contention for both Record and Song of the Year for her collaboration “WAP” with Cardi B, but due to its sexual lyrics, it would not be surprising if the conservative Recording Academy does not nominate the song.

These are just some of the many possible contenders for the 63rd Grammy Awards. They all will most likely be nominated, but let’s not forget that the Recording Academy is a group of very unpredictable voters. Did I mention that they awarded Album of the Year to Bruno Mars’s 24K Magic over Lorde’s Melodrama and Kendrick Lamar’s Damn? Nevertheless, the truth of the unpredictable nature of the Recording Academy will be told in November when the nominations for the 63rd Grammy Awards are announced.