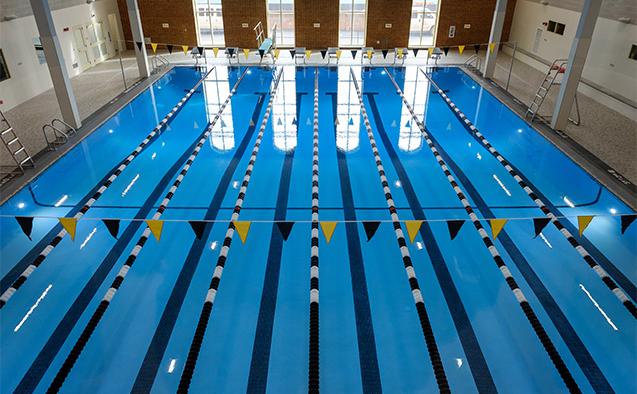 Despite limitations presented by the COVID-19 pandemic, Wake Forest’s Club Swimming Team is determined to make a splash this school year.

Captained by senior Samantha Horowitz, the team decided that they would hold practices as soon as they found out the pool was open.

“We considered health and safety first and foremost in making sure that people could practice but also maintain social distance from one another and be as safe as possible,” Horowitz said.

In order to make sure that the team follows guidelines, Horowitz and other team members will be in close-contact with Dana Lopez, the university’s director of club sports. What Horowitz tells the teams in terms of when and how they can practice is contingent on changing regulations from the university and the state of North Carolina.

To that end, practices will look different than usual during the pandemic. Swimmers will use every other lane and will start at opposing ends of the pool. For example, a swimmer in lane one would start at the near side of the pool and the next swimmer over in lane three would start at the far end. The lanes are four-to-five feet wide, according to Horowitz, meaning there would be 16 or 20 feet of distance between swimmers starting on the same side.

“It’s one person per lane, rather than three-to-four, like we normally have, and now everyone needs to sign up for practice. So what was once kind of a drop-in system, everyone [now] has to sign up and be registered so we know exactly who’s coming, every time,” Horowitz said.

The swim team will keep such records of who attends practices in case contact tracing needs to be implemented.

When there are enough people at a given practice, the team will organize some intrasquad meets.

“The college club swimming overarching organization has suspended all meets or events for the semester … so if anything we’re going to … split up 10 people on one team and 10 people on another [and] have meets within our own organization,” Horowitz said.

Though the team does not hold tryouts and cannot gauge participation that way, Horowitz said that there has been an increased interest in club swimming this year as compared to past years, which she attributes to the closure of the gym during the first few weeks of this semester.

“I think people are looking for ways to work out just because the gym isn’t yet open. [Editor’s Note: This interview was conducted before the gym was opened.] Because it’s so hot outside, walking and running … can be really strenuous,” Horowitz said.

In terms of special events, the team is planning to hold a few dry land practices to allow for larger group practices and workouts.

“We’re going to cut back on our pool time and try to get outside: maybe do some walks through Reynolda Village and Reynolda Gardens, run, do some workouts outside on Poteat Field…make sure we have a variety of workshops for everyone,” Horowitz said.

Seniors, though disappointed that their final season as members of the club swim team has been altered due to the virus, are grateful to still be able to swim with their friends.

Horowitz encourages those interested in participating in club swimming to reach out to her.

“Club swim has always been a really cohesive group of students who like swimming and are looking for that social outlet, so we’re going to continue practices and ways for people to exercise and also meet new people,” Horowitz said.