Since 2014, Disney has prioritized remaking many of their classic animated films for release in live action. The most recent of these, Mulan, arrives surrounded by major controversy and release difficulties due to the ongoing pandemic. Disney decided that instead of a theatrical run, they’d utilize their Disney+ streaming service to release the film, charging an extra $30 on top of their $7 subscription price. The film itself, a remake of the 1998 worldwide classic, originally gained popularity for its vibrant story, its music and the use of China as its setting and culture. However, this remake seemingly forgot everything that made the original so special, opting for a surface level introduction to Chinese culture, removed music and Mushu, a fan favorite character, as well as cliché executions on topics like gender roles. Mulan is directed by Niki Caro and stars a dominantly Asian cast with Yifei Liu taking on the titular role with support from Tzi Ma, Donnie Yen and Gong Li, among others.

When directing a film of another country’s culture, it’s integral to respectfully showcase the culture’s unique qualities and history. However, Mulan decides to Americanize that culture in a way that leaves viewers with little knowledge to take in. Although it is an English language film that takes place in imperial China, the movie didn’t even attempt to allow viewers to understand something as simple as Chinese characters. For example, several times in the film, Mulan shows off the characters on her sword, “蘙 (zhōng), 曏 (yŏng), and 真 (zhēn).” Instead of reading off the characters so that viewers could hear Chinese and establish some sort of quick recognition, she reads the words in English, saying, “Loyal, Brave, True.” Decisions like this come across as a slap in the face to not only the audience but also the Chinese and Asian cast who have to act in an entire movie that takes place in their own country in their second language. Among the film’s other cultural slip ups were its simplification of imperial China to only the topics of bringing honor to your family, gender roles and Chi. The narrative barely scratches the surface of Chinese history, which would have been a rewarding lesson for viewers.

The story itself follows a similar skeleton of the original, but with noticeable differences. Mulan, a brave and adventurous young woman, is often shamed for her inability to accept her role as a female house provider. When it is announced in her village that there is an ongoing war and every family must provide a male member for the Emperor’s army, she breaks her family’s trust by escaping under the disguise of a male in order to prevent her disabled and elderly father from going himself. On the other side, the enemy Rourans invade the current dynasty with the help of a witch who is able to use magic to transform into people and animals. Mulan has to go through training hiding her identity while making friends she has to lie to, and eventually heads into battle. 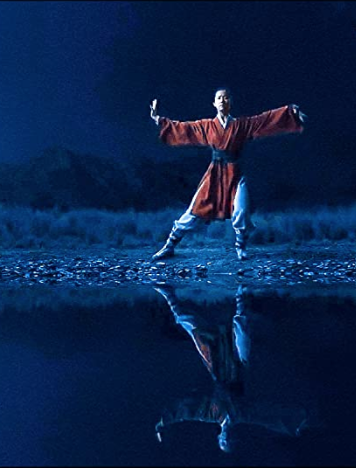 Unlike the animated original, the live action does not have singing from the cast, or Mushu (Photo courtesy of  imdb.com)

Mulan’s story comes off as dull especially in relation to the original. Major comedic characters like Mushu are missing, there is no brightness in dialogue and no singing from the cast. Of course, these missing pieces don’t mean the movie automatically failed, but they were never supplemented with anything interesting or worthy of notice. These characters added much to the mood of the film, more than the new characters in this film who did not give much of a reason to be memorable, even the character played by Chinese legend Jet Li.

Closing the casket of Mulan’s failure were the outside controversies that only riled up fans, with many deciding to lead social media initiatives to boycott the film. In August 2019, the film’s star Yifei Liu decided to come out in full support of Hong Kong police in the massive protests at the time saying, “I also support Hong Kong police. You can beat me up now…What a shame for Hong Kong.” Adding to the mess was the continued reveal of the film and Disney’s cooperation with Xinjiang province in China and their police, who have been widely showcased in the media for the ongoing detainment of Muslim minorities for “reeducation camps” that some fear is actually a form of concentration camps and genocidal acts on the basis of noncompliance with the Chinese Communist Party’s values. Not only did Mulan film in Xinjiang, but the movie’s credits thanked the region and its authorities for the opportunity to film in a place where mass atrocities were occuring aswell. This misstep continued to upset even more fans, as well as lawmakers who demand answers from Disney about this decision.

Disney’s 2020 Mulan is yet another addition to the complicated entertainment relationship that U.S. companies have had with China in the past year. The NBA has struck controversy over comments made by Houston Rockets general manager Daryl Morey and LeBron James, South Park’s China dedicated episode drew criticisms from the country and now Disney strikes another blow to the altering dynamic between the two nations. The film not being up to standard doesn’t help, and exterior circumstances draw up questions of how U.S. companies might have to shift their depictions of and relations with China. Mulan is not worth the $30 price point on its own, but might be with a family or friends. Otherwise Disney+ users will be able to view the film without the extra payment in December.