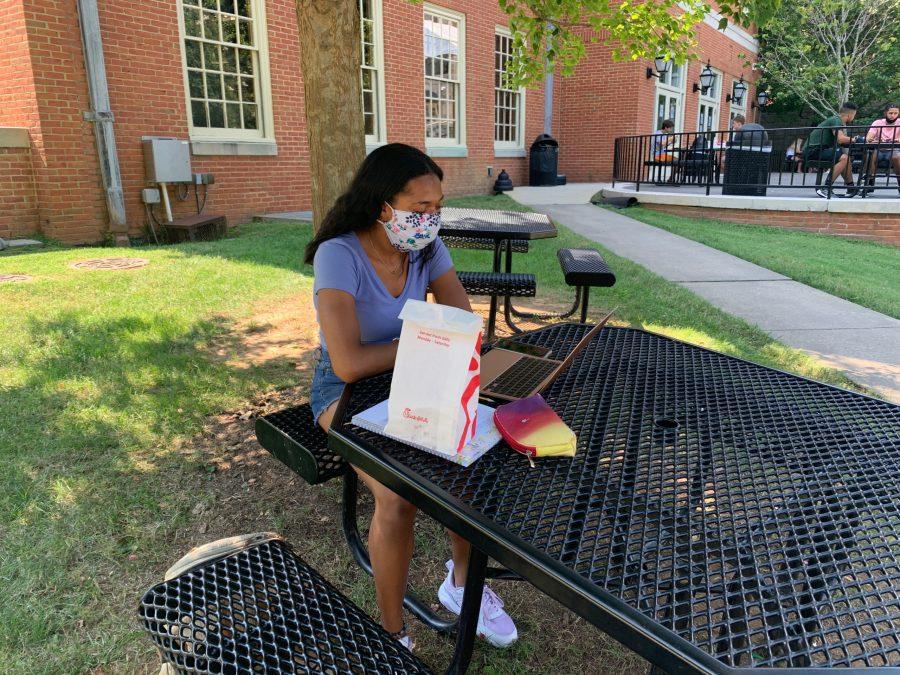 With the onset of COVID-19 ruining the academic and social plans of thousands of students across the globe, the return to a college campus has meant a return to normalcy and routine. While Wake Forest is lucky to be included in the limited number of colleges offering a return to campus, this good fortune has come with a plethora of restrictions attempting to prevent the spread of infection. With these restraints, class sizes have been all but eradicated and study spaces have been diminished to single person environments. While these measures may not lend themselves to social interaction, many students have taken matters into their own hands by taking to the one location that never fails to let down: the outdoors.

It is a commonly known fact that students learn best when motivated, and a recent study in Frontiers in Psychology shows studying outside helps students gain intrinsic motivation and feel more competent. Psychologist Ulrich Dettweiler identified three elements for healthy studying: competence, autonomy and relatedness, and of the three, competence takes the title as the single most necessary. The study concluded that for students who study outdoors, augmented motivational behavior was far superior to their indoor counterparts.

The psychologists conducting the research included that the reason for better performance outdoors was decreased level of cortisol, the hormone that spikes during stressful situations. Aside from cortisol, spending time in the outdoors has been proven to induce a release in the happy hormone: serotonin.

Luckily, Wake Forest students have a number of outdoor spaces to choose from, and the introduction of campus tents have meant a world of difference for not only studying in the outdoors, but eating as well. Of these spaces, Davis field, outside of Farrell Hall, and on the soccer field have proven to be hotspots for students to maintain safe studying.

In this time of uncertainty, spending time outdoors may also prove to be beneficial in improving immune strength. A study published in 2010 demonstrated that spending time in the outdoors can aid in boosting white blood cell count, which plays a crucial role for immune health. By exposing the body to the natural elements, it becomes more equipped to recognize pathogens and harmful intruders with the help of antibodies.

While studying outdoors is dependent upon natural lighting, it can actually play a critical role in improving vision. Dim indoor lighting can make it difficult to focus on an image; pair dim lighting with the blue-light from computers and phones, and the result can be detrimental by causing the eye to change shape.

Navigating the chaos of this semester will take motivation and no small amount of creativity. Why not start out by taking a walk outside? You might just stumble upon your new favorite study station.