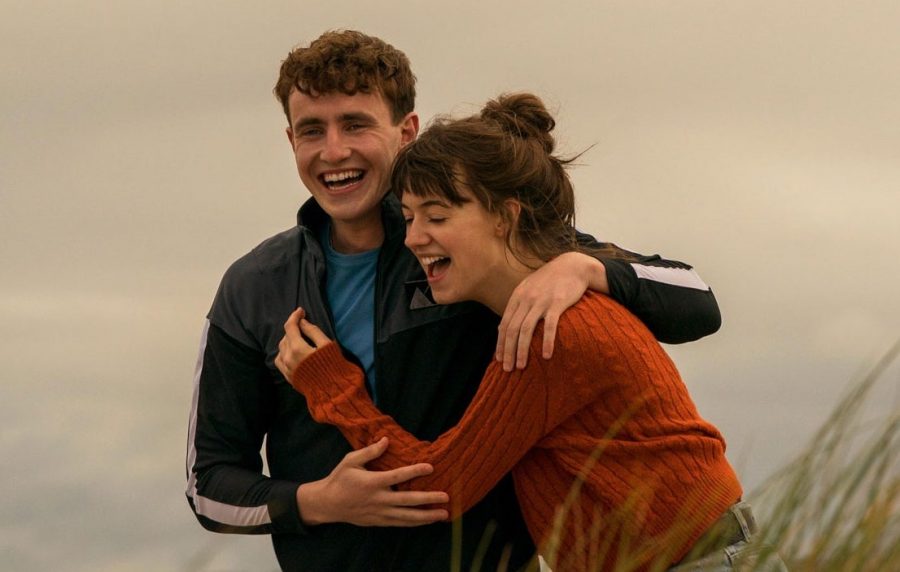 Normal People, the BBC Three and Hulu television series of the Sally Rooney novel by the same name, is the perfect tale of first love to provide a dose of intimacy during a socially distant semester. It follows the on-again, off-again lovers Connell Waldron (Paul Mescal, Emmy-nominated for his role) and Marianne Sheridon (Daisy Edgar-Jones) as they tenderly and tentatively collide through prep school, university and beyond.

We are first introduced to the two characters while they are living in County Sligo (on the coast of Ireland) and attending secondary school. They occupy vastly different roles within their social ecosystem: Connell, despite his modesty, is popular and well-liked, easily sliding between friends, sports and academics. Marianne, on the other hand, is a bit of a pariah. She is brilliant, beautiful, but exceptionally aloof, and her distance makes her an easy target for the chiding of her classmates (particularly Connell’s friends).

The two’s relationship is catalyzed and complicated by the relation of their parents: Connell’s single mother, Lorraine (Sarah Green) keeps house for Marianne’s family. This brings them into each other’s’ orbits, but despite their burgeoning attractions for each other, Connell is too anxious about the social implications of their romance to fully commit to Marianne. The economic statuses of their families introduces another complication into their dynamic.

As the series progresses, the plot follows them to Trinity College in Dublin, where their roles are reversed and respective class differences begin to play a more pronounced part in their interactions. Marianne finds herself at home amongst their new peers, while Connell finds himself struggling to acclimate to their new environment. During their time at Trinity, the gravity of their relationship draws them together in various ways: as friends, friends-with-benefits and occasional lovers as the two of them transition into adulthood and forge independent paths.

The show is both magnetic and melancholic; the balance between the couple’s clear chemistry (Mescal and Edgar-Jones are fantastic together) and the weight of the show’s subject matter make for an emotionally tumultuous watch. Normal People is largely about residual pain: how the wounds inflicted on people by their loved ones refuse to remain rooted in time and fester without address. Connell’s treatment of Marianne in high school is a constant source of tension for the pair, and his own unaddressed issues and insecurities cause larger and larger tidal waves as the episodes progress. Marianne has her own demons as well; family trauma figures largely into her character development in the series.

Despite the weight of these themes, the cinematography of Normal People makes it an aesthetic delight. The camera can be claustrophobic and sensual at the same time, pushing right into the faces of Connell and Marianne during intimate scenes, allowing their expressions to account for the psychological acuity of the novel. This is frequently juxtaposed with gorgeous shots of the Irish countryside and streets of Dublin (Tourism Ireland even made a behind-the scenes film about Normal People to promote Ireland). The soundtrack soars as well, effortlessly gyrating between familiar pop ballads, established Irish artists, and lush, dreamy ditties.

With the 12 episodes clocking in at around 30 minutes a piece, Normal People is relatively low commitment, but packs enough punch to linger long past its sparse runtime. It’s an addictively watchable romantic tale of two developing lovers and has enough emotional complexity and aesthetic value to elevate it past any standard television fare.