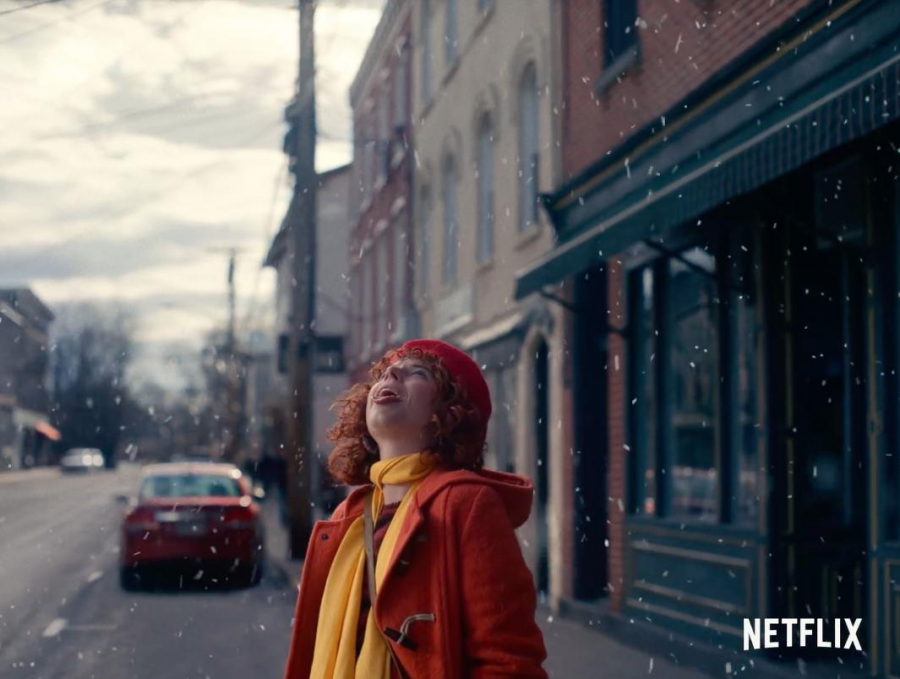 Charlie Kaufman’s I’m Thinking of Ending Things, which was recently released directly to Netflix, is — among many things — an eerie contemplation of a life obscured by age. The film, which has received a fair amount of ire on my Twitter feed (and perhaps on yours as well) for its heavy-handed surrealism and pretentious style, fits nicely within Kaufman’s oeuvre of screen-writing and directorial work. Adaptation (Spike Jonez), Eternal Sunshine of the Spotless Mind, Being John Malkovich and Synecdoche, New York, each deal with love, the human desire for connection and the complications and tribulations therein while navigating “cerebral” and unconventional narratives. I’m Thinking of Ending Things doesn’t depart from this subject matter or form. Rather, it is almost a representative gestalt of a Kaufman film, the perfect ideal of a Kaufman film that only exists in one’s imagination alongside perfect figurations of chairs and horses. But this is a real movie, nonetheless, for better or for worse.

The film is liberal in its embrace of confusing and contradictory elements, constantly appearing to vacillate between now and then, her and him and the actual and the imagined. Based on a novel by Iain Reed, the film derives its structure from an apparently benign dinner date between Lucy (Jessie Buckley) and Jake (Jesse Plemmons), a couple still in an awkwardly prefatory phase in their relationship. The relationship seems fraught from the film’s first seconds as Lucy thinks to herself, “I am thinking of ending things.” The titular “things” refer to her romance with Jake, and their ensuing (and extraordinarily drawn out) road-trip banter on the way to Jake’s childhood home reflects the tepidity of the couple’s connection.

The pair travels out of their small town in upstate New York into a snowy rural landscape that flutters monochromatically beyond the windows of Jake’s car. The couple discusses work, poetry and childhood, however Lucy’s internal dialogue betrays to the viewer her indifference to the relationship. Their conversation occupies an awkward middle ground between clairvoyant and self-conscious, and the profound subject matter they approach seems dissonant to their anxiously formal styles of discourse.

There is a consistent interplay between Lucy’s voice, Lucy’s thoughts (frequently audible to the audience) and Jake’s voice, however none of these mediums seems sufficient to convey to each other, or to the viewer, exactly what the characters yearn to convey. Their car banter is strained, ostensibly by some inexorable and deeply rooted linguistic limitation, but persists nonetheless until the couple arrives at the barn where Jake grew up, and where his parents — or at least the idea of them — still remain. If the viewer wasn’t put off by the lengthy and elaborate car-ride dialogue, then the extensive living room and dining room conversations to follow may do them in.

This is a largely dialogic film, and it plays out like a piece of theater. Kaufman employs fairly static settings and spaces that confine with literal walls the characters, their movements and their subjectivities. This is important for various reasons: Jake seems to harbor an obsession with theater, an interest that was apparently sparked either by performances he witnessed as a child or by performances he witnesses in the future as a school janitor. His infatuation with theater is thus manifested in how the dinner date (and the events prior to and following it) are portrayed. If these events are actually a Freudian concoction of imagination, anxiety and memory, which I believe they are, then Jake’s experience with theater literally shapes his understanding of life itself and structures his psychoanalytic relationship with the past (whether or not its fully his own past that is presented is dubious).

Further, theatrical performances — and the sets on which they unfold — underscore certain philosophical and epistemological problems that appear to be at the center of I’m Thinking of Ending Things (if such a film has a center). Both Jake and Lucy struggle to communicate with one another. They encounter barriers to full and truthful conveyances of their thoughts and experiences, and so yearn for connection and fear desertion. They want their worlds to be shared and to share in the world of another, however each character seems condemned to their own interiority and inhibited from communicating the resulting experience to their counterparts.

Theatrical performances are themselves defined by, and exist within, these aesthetic and experiential membranes. Sets are impermeable nuclei bound by curtains and walls, and the players are insulated, trapped within a cell and kept from the world and audience beyond. The task of the performer is to negotiate this barrier, to communicate some sense of the characters they embody across the membrane. This, Kaufman seems to suggest, is the essence of life: Humans are beings withheld from the world — try as they might to share something of themselves with their peers, they will never truly, fully succeed. As our interiority becomes insurmountably vast, and our anxieties, fixations and memory blend together, we become unable to articulate who it is we are, and so face the impossibility of the serendipitous companionship we long for.

Kaufman raises various ways humans have attempted to overcome these barriers of communication. Lucy is at once a poet, a painter and a scientist — she embodies each of these identities at certain points in the film, and each of these fields are explored as a means of conveying the otherwise non-conveyable aspects of humanity. But as fruitful as each may be, none fully encapsulates the subjectivity of the human experience, forcing what seems to be a contemplative, geriatric Jake, who appears intermittently throughout the film performing custodial work in a school (is he sifting through the archives of his youth?), to formulate a synthetic and frankly absurd understanding of his life. The film may be, at least in part, a deluded memoir bringing together isolated pockets of life and presenting them in a diorama of fact, fiction, and the surreal.

The absurdity of Kaufman’s film — its long-winded conversations, its manipulation of time and space and its ambiguous narrative — has probably discomforted those viewers who desire a full awareness of, and even control over, what they are seeing. I implore viewers to suspend that compulsion and embrace the confusing aspects of I’m Thinking of Ending Things. Kaufman produces an experience so nebulous and uncompromisingly dissident that your interpretation will likely vary greatly from my own — but that’s something to be embraced, and, so it would seem, proves him right.