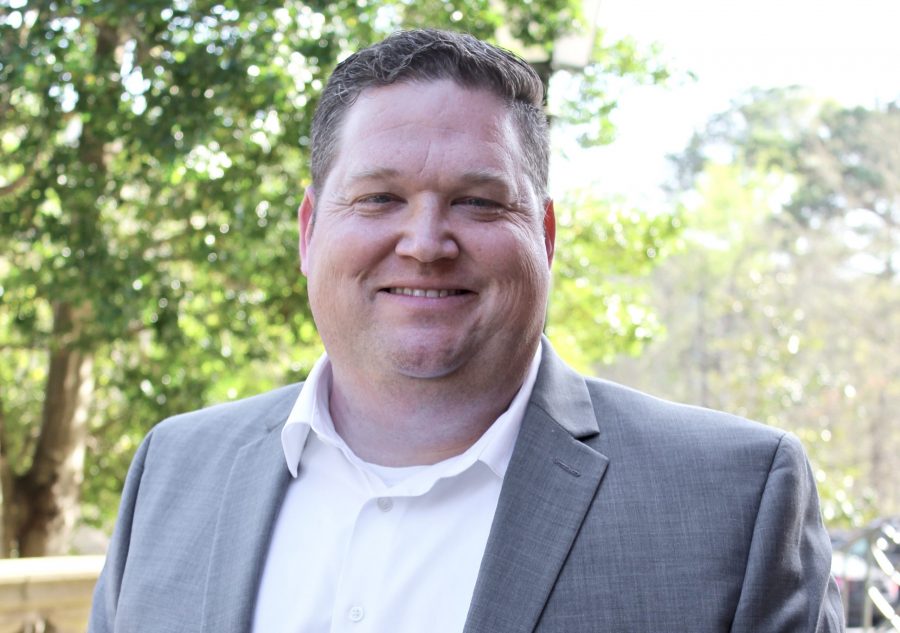 Timothy Heath is the marching band director of the Spirit of the Old Gold & Black (SOTOGAB). After the band’s successful performance during College GameDay, Heath is looking forward to a great season.

Why did you decide to be the marching band director at Wake Forest?

Being from North Carolina originally, I knew about Wake Forest; I knew about the prestigiousness of the university and also the fact that it was an ACC school. And then also it was a potential opportunity for my family to return to North Carolina, because we were living in Tuscaloosa, Alabama, at the time and I was teaching at Sanford University in Birmingham.

Then I got a call to interview and a call to come on campus, and the campus is absolutely beautiful. Winston-Salem is a great city to live in. Now that we’ve been here, we’re really glad that we’re here, because it’s been great for our family. The university has been a great place to work, and working with our students has just been a fantastic experience.

What has been your favorite part of leading SOTOGAB so far?

Honestly, I think the biggest thing that — well, I brag on our students for a lot of different things — but the thing that always comes to mind when someone mentions SOTOGAB is the passion they have for what they do, not only in the stands, but at rehearsals, at a game or even if we’re just doing an appearance.

The passion that our students have is definitely something I haven’t seen at my other institutions where I’ve worked or been a part of in any way. And I definitely think that is probably my favorite part so far.

That’s great. So, how did you prepare for the season opener?

In a lot of ways, it was no different than any other game. Because at the time when we first started working together, we were thinking that the first game was going to be [Appalachian] State, so we were just practicing and putting everything in place.

When we found out that there was a switch and then when I personally knew that GameDay was coming, which was before the announcement, it made me think back to, “okay, what are some of the most important things that we need to prepare for early,” so that, without a doubt, we are absolutely ready to go.

And for me, it’s one of the things that we do best, and that is our school songs and just our overall excitement and just making sure we had everything ready to go and in place.

To be more specific, we did have a three-day mini preseason camp. We were able to spend more time on our stands music and our pregame music. So, we were able to really concentrate on that and then also just our overall uniformity.

What was it like to perform during game day?

It was really fun. I am going to try to speak more from a student perspective with what they’ve told me, and everyone was very excited. I think the first time they started to get messages saying we saw you on TV, I think it really increased the energy, because it was a long morning.

The students were out there from roughly 8:15 a.m. until a little after 12 p.m. But I never heard a complaint. I never heard any, like, “I wish we hadn’t done this.” None of that. It was all, “Dr. Heath, this is great. This is so exciting. We’re so excited to be here. Thank you for making this happen.” Which obviously, I didn’t make it happen, but they were just very excited that they were chosen to be a part of the experience and be part of the background.

From the performance side, they did exactly what we always practice for. They 100% brought their A-game, and they very much displayed that passion and energy.

So, has COVID affected your practices and planning otherwise?

It has: it’s made us think about small details at a much larger level than what we normally would.

For example, we have an instrument room where our large instruments: our tubas, our baritones, our euphoniums, our trombones [and] our mellophones are stored. From that standpoint, we’ve had to be very aware of how many students are in rooms at a time.

For example, at the end of the fight song, when the music cuts off, you’ll hear the drums kind of do a little cadence and the whole band goes, “Go Deacs!,” even then the horn comes down [and the] mask comes up before they shout, “Go Deacs!”

I think the biggest change for us, honestly, is not necessarily with the logistics or the protocols, but it’s taken some adjusting with the band in more of a social environment. The band is a very close-knit family. That’s one of the great things about the culture of a marching band program.

You can just see where it’s like they just want that normalcy that they had previously, but they know they can’t have that and they’ve adapted to it really well. They’re remaining incredibly positive. I think that they’re leading and they’re being an example to the university and to other band programs.

What are you most looking forward to?

I look forward to lots of wins from the football team. We’re excited. I think we had a fantastic season last year, and that energy that we came out of that previous season is going to continue into this fall.

I think the students are excited to have the opportunity to be together and to be able to support our football team. The most exciting part is that it’s looking like we’re going to be able to keep doing this as long as everyone continues to follow the safety protocols. Just being able to finish the season together I think right now is what’s really exciting me the most.