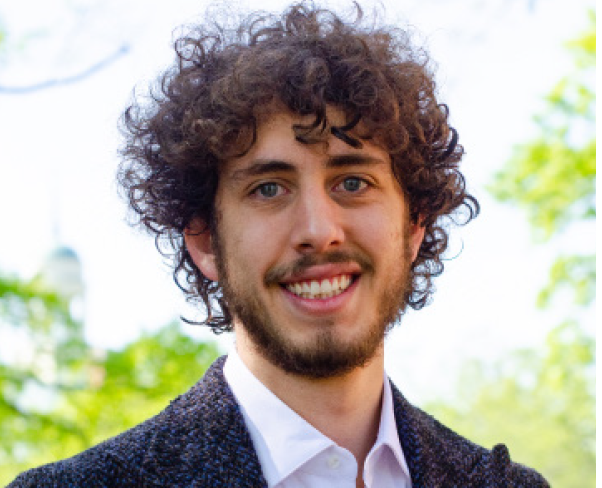 In his experience, Silenzi has found the human brain to be the most complex structure on Earth, so he has decided to spend his time studying that.

“I love to stare at complexity,” Silenzi said. “Sometimes it’s frustrating, but it’s fascinating to me. I’ve always been interested in understanding human nature.”

Silenzi is passionate about philosophy, psychoanalysis, neuroscience and the intersectionality between all three — and that is how he decided to major in Biology with minors in computer science, neuroscience and chemistry.

He moved to the United States and attended Wake Forest to apply the knowledge he was gaining in these topics. In Italy — where Silenzi grew up — he described his schooling as “instruction, but not education.” He never touched a laptop in high school and had not ever set foot in a lab. At Wake Forest, he has received many opportunities to participate in research and form relationships with professors.

Relationships with professors have been Silenzi’s favorite part of his Wake Forest experience because of the passions and interests he has developed through conversations with them.

“I had mentors and people that were able to spark that passion in me,” Silenzi said.

One of the professors that have had a particularly strong impact on Silenzi’s time at Wake Forest is Professor of Biology Dr. Wayne Silver. Silenzi took Silver’s sensory biology class and worked in his research lab for four semesters. Silver described Silenzi as one of his best students.

“I can’t say enough about Leo,” Silver said. “To me, he is what all Wake Forest students should aspire to be. I have been teaching at Wake Forest for 37 years. I have had hundreds of undergraduate students work in my research lab over that time. I would rate Leo in the top five students to ever work in my lab.”

He continued: “He is easily the equal — and better — of most of the graduate students I have mentored. He is tenacious when it comes to pursuing a problem. He is not afraid to try new things or ask for help when he hits a wall.”

Silenzi’s intellect and work ethic is evident through the way he speaks of his interests. Silenzi loves to think deeply, saying “it’s a good way to spend life.”

What motivates Silenzi to think deeply and be dedicated to his studies is not the excellent grades, the career possibilities or the money, but rather pure, unadulterated passion.

“Freshmen and sophomores have asked me ‘how do I find what I want to do?’ I tell them that it didn’t appear to me — I had to look for it,” Silenzi said. “What matters at the end of the day is having a passion.”

After graduation, Silenzi will be attending Harvard University to earn his Ph.D. in neuroscience. He is excited to do research but is also looking forward to spending time around like-minded people who are just as passionate about science and intellect as he is.

He described a night while on a visit to Harvard where he met his Ph.D. cohort. He and his cohort stayed up until 2 a.m. discussing science, philosophy and other intellectual matters. Silenzi left that weekend confident that this is exactly where he wanted to be surrounded by exactly the type of people he wanted to be around.

“There was no superficiality,” said Silenzi. “It was amazing.”

When asked what he still has left to learn in his field in his post-graduation studies, Silenzi humbly responded: “Everything.”