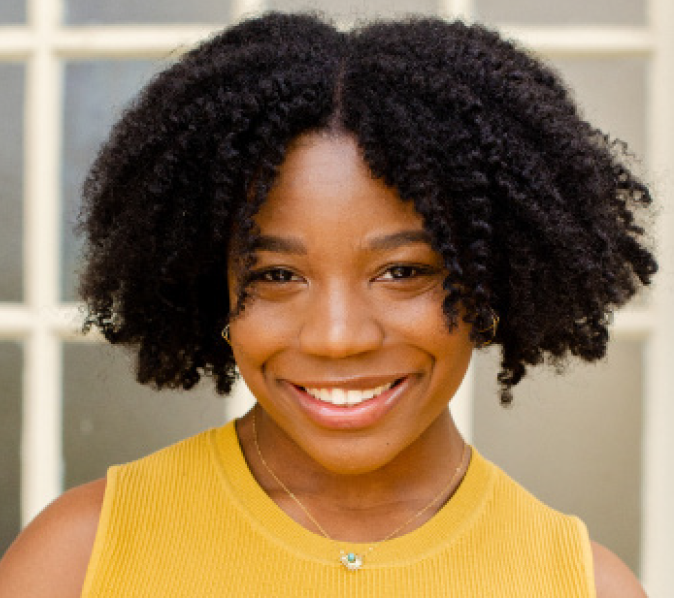 With Zoe Chamberlin having been chosen to represent this year’s class of computer science majors, one would think that she has been interested in the subject for quite some time. Surprisingly, she was originally averse to it and planned to pursue a track in chemistry, her high school interest.

Chamberlin’s mother constantly impressed upon her that coding was the future and that she should see what it had to offer. Despite her reluctance — because women of color are rarely represented in technological fields — she applied to Girls Who Code, a summer program intended to increase women’s involvement in computer science, in an effort to keep her mother happy. Through this eight-week intensive program, Chamberlin discovered the potential that computer science held, as well as the fact that minority women can excel in the subject.

Through this new avenue in computer science, Chamberlin was able to create a website entitled Woke Up, dedicated to informing young adults about social issues and providing them with a platform to discuss them. This project increased Chamberlin’s faith that she really could pursue computer science.

“I really love the creative aspect of it, and most importantly, the fact that I would have the ability to create something that could impact and help populations that I care about,” Chamberlin said.

Chamberlin’s creativity and potential have stood out to her professors, as well.

“Zoe is such an impressive student,” Dr. Abbey Bourdon, Chamberlin’s discrete mathematics professor, said. “So many students give up when faced with tasks that are difficult and unfamiliar, but Zoe has the drive and persistence necessary to do truly innovative work.”

Further, Chamberlin’s computer science interests have led to a great impact in the Wake Forest community. She spearheaded a mentoring program with the faculty called CS for Success. In this program, students in intro-level computer science classes, as well as prospective majors and minors, are able to gain support. Not only that, but the program has created more opportunities to increase diversity and inclusion in the department — an endeavor that Chamberlin holds close to her heart.

Chamberlin also is involved in mentoring programs that increase student exposure to the sciences. She serves as president of Wake Women Lead, a club that mentors and tutors at-risk students. She is also a Friends-in-STEM mentor to elementary students, a tutor for student-athletes and a student leader for the Growth Mindset in STEM summer program. Chamberlin has made a large impact on the greater Winston-Salem community with her leadership.

Along with Chamberlin’s computer science endeavors, she undertook a double minor in entrepreneurship and writing. One of her writing professors, Dr. Keri Epps, speaks highly of her work.

“Zoe is one of those students whose character, drive, patience and brilliance make people want to work with her,” Epps said. “She has worked with me on an important community listening project with the local nonprofit Authoring Action and has co-written part of a recent publication about the project with me.”

Chamberlin’s combination of leadership and mentoring skills in addition to her academic prowess are facets to success that she will use in the near future. Following graduation, Chamberlin will be working with CitiBank on Wall Street as a software analyst, putting her skills to work in the Big Apple.