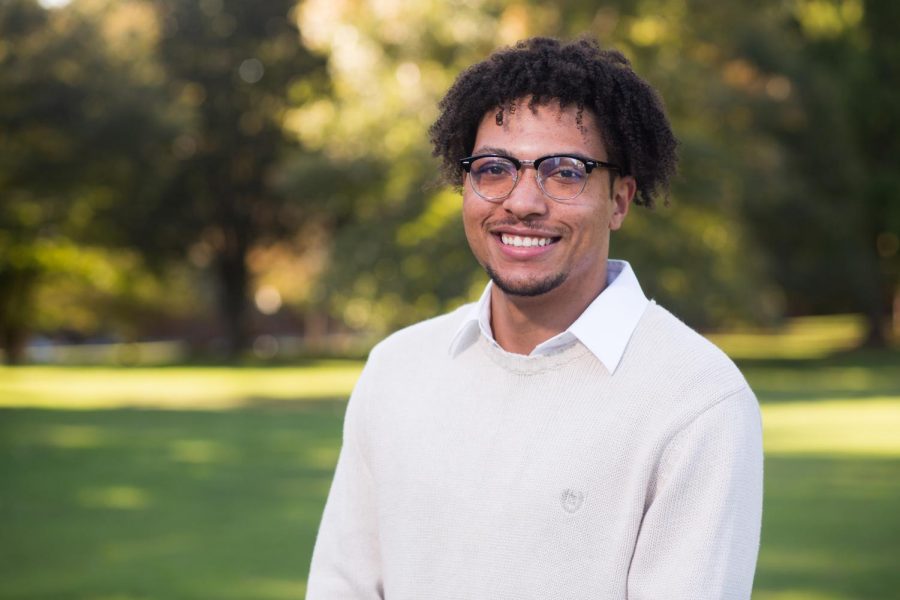 Hey Deacs! My name is Christian Estrada, and I am a senior from Tryon, North Carolina. I’m deeply grateful for this opportunity to be on this year’s 2021 Homecoming Court! If you have ever met me, you’ll know I’m just a plant-loving, Tik Tok filming, thrifting, Anthropology major whose core values revolve around service, friendship and sustainability. This is why I started an eco-friendly clothing line called Estradas Upcycled Apparel to help us all stay fashionable yet sustainable, while donating a percentage of every purchase to a nonprofit organization.

During my time here at Wake Forest, I have been heavily involved within several departments, organizations, and clubs.

On top of working for the LAM Museum of Anthropology and with the Anthropology Lab for four years, I have also held executive positions within Alpha Phi Omega, Wake N’ Shake, HOPE, the Anthropology Club, and the Real Estate Investment Club. As well as being involved with Deacon Camp (a pre-orientation program) as a deacon leader, I have also served as either a committee member or participant with Student Union, URECA, Project Pumpkin, Hit the Bricks, Rise Against Hunger, Campus Gardens/Kitchen and Habitat For Humanity. More recently, I became a Student-Athlete Tutor for Anthropology, part of The LAM Museum of Anthropology Advisory Board, and joined the Campus Life Advisory Committee (CLAC).

The several things that I have been consistently involved in within my four years speak to my commitment to my core values which, as mentioned earlier, revolve around service, friendship and practicing Pro Humanitate in any and every way that I physically can. This is why after being nominated for Homecoming Court, I decided I was going to run to show my fellow peers that you can be 100% unapologetically yourself, choose your own path and involvements during your time here at Wake Forest and still make an impact on campus!

Thank you, and I hope everyone has a great rest of their fall semester!