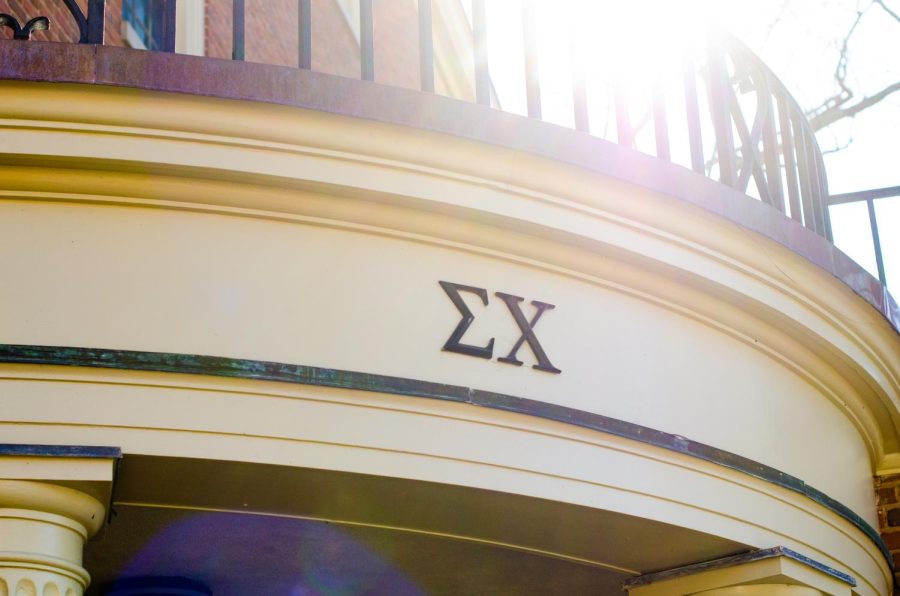 Derby Days, which usually sees high participation from the Panhellenic Council, may not include the involvement of Panhellenic’s eight sororities.

The Panhellenic Council unanimously voted Wednesday not to participate in Sigma Chi’s Derby Days unless a performance aspect of the fundraiser is removed, according to an email from Panhellenic President Abigail Pittman obtained by the Old Gold & Black.

Derby Days – a multi-day philanthropy event that raises money for the Brenner Children’s Hospital and the Huntsman Cancer Foundation – is an event in which all national chapters of Sigma Chi participate.

The 2022 calendar for Wake Forest’s Derby Days included an off-campus event called EX-Factor, a talent show which, according to a copy of the event proposal obtained by the Old Gold & Black, could include “any” talent, including “singing, dancing and karaoke”.

According to the event proposal, the talent show “will be judged by a panel of members of the Wake Forest community who are part of organizations or fine arts studies applicable to the talents sororities choose to perform.” There will also be a “head judge” who will be a professional dancer or singer with expertise in the fine arts. Additionally, each sorority could place one individual on the judging panel.

“Given the problematic history of the performance aspects of Derby Days, we do not want to see [a tradition akin to AirBands] revived,” Pittman wrote in an email to Sigma Chi President Timothy Liles on behalf of all eight of the council’s sororities.

“No student [currently] at this school has ever been part of, witnessed or experienced [AirBands] in any sort of way,” Liles said. “So we just didn’t think that it would be so upsetting for people to do something that was, I guess, slightly related in the sense that there was a performance-based aspect.”

Leon added: “The reason why we wanted to do a talent show is that anyone obviously can pick whatever talent they want … they can draw things on a board, they can do a magic trick, they can sing, they can dance.” Liles added that an EX-Factor event is also put on by Sigma Chi at San Diego State University.

“Our Panhellenic leaders had important discussions about some of the proposed events for this year’s Derby Days, and they ultimately decided that performance-based events were not something they would support,” Adams told the Old Gold & Black. “They had concerns about the sexist and misogynistic culture associated with years past. They expressed that they did not want to be a part of something that had the chance of enabling that culture now or in the future. I fully support their desire to participate in events that empower and respect their members.”

There appears to have been some progress made. According to a Sigma Chi-provided summary of a March 3 meeting with Adams, the fraternity agreed that all Panhellenic sororities will have a seat on the Derby Days planning committee going forward. Additionally, Sigma Chi said in the summary that Adams suggested the idea of a dodgeball tournament.

However, Adams, who was provided a copy of the summary, was disappointed with its contents.

“I’m disappointed if this was their only take-away from our 90-minute meeting,” Adams said. “We discussed what true allyship looks like, how to collaborate effectively and what it means to listen to women when they express concern.”

Adams also addressed concerns raised by Sigma Chi in a response email to Panhellenic, its provided summary and in an interview with the Old Gold & Black that they were not given the opportunity to speak with Panhellenic leaders about the event before they voted.

“I acknowledged that Panhellenic could have given Sigma Chi a few minutes before the Panhellenic presidents’ discussion,” Adams told the Old Gold & Black. “But I also said that they needed the space as women to fully discuss it without the men present and that women do not owe men an explanation for why being expected to perform makes them uncomfortable. I hoped this would be a learning moment for the leaders of Sigma Chi about what it truly means to respect women.”

The Panhellenic Council has requested an updated Derby Days schedule by noon on March 14. According to the Alpha Delta Pi email, members of Sigma Chi have agreed to meet with Panhellenic leadership to discuss Derby Days on that date.

“We are now working with Sigma Chi on a revised schedule that includes a non-performance-based event, in order to make this week as inclusive as possible for all chapter members,” Pittman said. “We look forward to a new schedule that will allow all chapters to comfortably participate and will ensure a fun and successful week.”

Continue reading below for more context surrounding Airbands and Sigma Chi’s email in response to Panhellenic.

A 2017 Old Gold & Black article included multiple quotes from sorority women who took issue with AirBands, describing it as “provocative.”

Read past articles on Derby Days 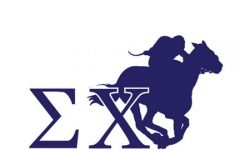 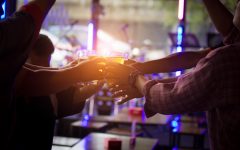 Male gaze persists within the institutions of Greek Life

“The idea is you’re trying to impress a group of males who are judging your bodies,” Nicolette DeLorenzo told the Old Gold & Black in 2017 when she was a sophomore member of Kappa Delta. “That’s probably not how they look at it, but that’s how it’s interpreted.”

In an email sent on March 2, 2022, to members of Alpha Delta Pi, Chapter President Angela Waszkiewicz agreed with DeLorenzo’s assessment.

“In the past, the dance competitions, known as AirBands, for Derby Days got extremely out of hand,” Waszkiewicz wrote in the email, a copy of which was obtained by the Old Gold & Black. “They are held at an off-campus venue that serves alcohol, which has led to a majority of the participants and audience being drunk. The competition became extremely sexist and objectifying, especially because it was judged by the Sigma Chis themselves.”

A March 2 email sent by Kappa Delta President Hannah Wyrick and obtained by the Old Gold & Black made similar points to Waszkiewicz.

“After being given more information on the sexualization and judging of women in the Spring of 2018 and 2019 prior, [boycotting] was an easy decision to make,” Wyrick wrote. “The event involved copious amounts of alcohol and the dances were just exclusively judged by Sigma Chi men.”

Sigma Chi President Timothy Liles told the Old Gold & Black that he disagrees with characterizations of AirBands that allege female-only skits occurred or that the competition was judged exclusively by members of Sigma Chi, something he says had not happened since approximately 2014. According to a 2018-2019 edition of Sigma Chi Nationals’ “Derby Days Guide”, female-only skits and “events centered around alcohol” are both banned. Liles also said that his chapter had gotten national approval for the EX-Factor event.

In 2019, AirBands was restructured to ban “sexual” dancing, per an email obtained by the Old Gold & Black from the time period. Following this decision, Delta Delta Delta dropped out of the event.

Sigma Chi President Timothy Liles and Derby Days Coordinator Santiago Leon wrote back to Panhellenic President Abigail Pittman in an email on behalf of Sigma Chi, a copy of which was obtained by the Old Gold & Black.

“This allegation of an attempt to bring back AirBands clearly portrays our fraternity and our upcoming charity event as being sexist and offensive,” the email reads. “Not only is this extremely detrimental to our fundraising efforts, but it wrongly attributes inappropriate behaviors of people we never even knew to us personally.”

The emails between Pittman and Sigma Chi also revealed tensions over a fraternity-sponsored talent competition that would conflict with the Breast Cancer Talent Show, an annual event held by the Panhellenic Council.

“Additionally, Abigail, you personally brought up a concern that our talent show could take away from the Panhellenic Breast Cancer Awareness Talent show,” Liles wrote. “I personally find this preposterous, and I believe the charity organizations you benefit would as well. Claiming a monopoly over a type of fundraiser can do nothing but hurt the people in need we are trying to help.”

The email sent by Sigma Chi detailed that Sigma Chi’s decision to host a talent show was made in part because a talent show competition would increase participation and financial contributions.

The email continues: “This by no means excuses the gross behavior at AirBands in the past. The point, however, is that the excitement for a charitable cause generated by allowing your organizations to compete is very hard to replicate otherwise. It would be wrong to completely dissociate your decision from the incredible charitable force that a talent show could be.”

Wyrick, in her email, called Liles’ and Leon’s response “condescending, inappropriate, and quite honestly aggressive.” Liles told the Old Gold & Black that he did not intend the email to come off as inflammatory.

In her email, Waszkiewicz rebutted, commenting that the provocative nature of AirBands did not coincide well with the event’s intended philanthropic effect.

“It was exceptionally inappropriate and completely took away from the goal of raising money for the Huntsman Cancer Foundation and Brenner Children’s Hospital,” Waszkiewicz wrote. “Although [Sigma Chi has] made some changes to the event this year, it is still very similar to what it was in the past, and we want to ensure that it doesn’t once again get carried away in the future.

Liles and Leon, however, take issue with that line of thinking.

Liles and Leon said they are willing to work with Panhellenic to make any event as comfortable and safe as possible.

“We sent [the event proposal] to them saying this is an option, we’re offering you these tools, and you can just say no dancing if you want,” Leon said. “We left it completely open to them to change it however they wanted.”