Wake Forest, which went 1-1 at the ACC Tournament, will compete against Connecticut Friday.

How the NCAA Tournament Works

In order to move on in the tournament to the Super Regional — one step away from the World Series — the Demon Deacons will have to make their way through a double-elimination group composed of Maryland, the regional’s host, Connecticut and Long Island University.

The NCAA Tournament is composed of three levels of competition, the regional, the super-regional and the College World Series.

At the regional level, four teams compete in a double-elimination bracket. The team that wins that bracket goes on to the super regional. The remaining sixteen teams compete in a super-regional, a best of three series to determine who goes to the College World Series.

At the CWS, it’s back to four-team, double-elimination brackets. The winner of each separate bracket competes in a best-of-three series to determine the national champion.

When looking at the field, a point worth noting is that the Demon Deacons performed far better against strong competition than their opponents in the region. Wake Forest had six more wins against Q1 teams (14) than games Maryland, Connecticut and Long Island played in the quadrant combined (8).

Wake Forest comes into the NCAA Tournament with one of the best resumés in program history. After finishing the season 40-17-1 and 15-14-1 in conference play, the Demon Deacons enter postseason play as the No. 6 team in the country in RPI, a metric used to measure a team’s success over the course of the year. Wake Forest also went 14-12-1 against teams selected for the NCAA Tournament.

Wake Forest finished the regular season on a solid note, sweeping NC State — who made the ACC Championship — to solidify their place in the postseason. In the ACC Tournament, the Demon Deacons did not make the elimination stage after dropping a game to the Wolfpack before securing a 16-3 victory over the Miami Hurricanes, the No. 6 overall seed in the NCAA Tournament.

“I am incredibly proud of this team,” said Wake Forest Head Coach Tom Walter after the selection announcement. “They have worked hard to come together and are playing their best baseball when it matters most.  We have a tough challenge ahead of us but I can’t wait to be back on the diamond.”

Courtesy of the University of Maryland

The University of Maryland, the region’s host, is the No. 10 team in the country.

Maryland, the hosts of a regional for the first time in program history, proved to be a strong team in 2022, winning the BIG-10 regular-season championship. The Terrapins went 45-12 overall and 18-5 in conference play, good for the No. 10 rank in the country. Maryland was also listed as the No. 9 team in RPI.

Despite their success during the 2022 season, the Terrapins did not face off against high-level competition for the majority of the year. The team is ranked No. 107 in the nation in strength of schedule and No. 140 in out-of-conference play. When playing Q1 teams, — which they only did seven times — Maryland went 3-4. Its best series win came against Rutgers, the No. 42 team in RPI. 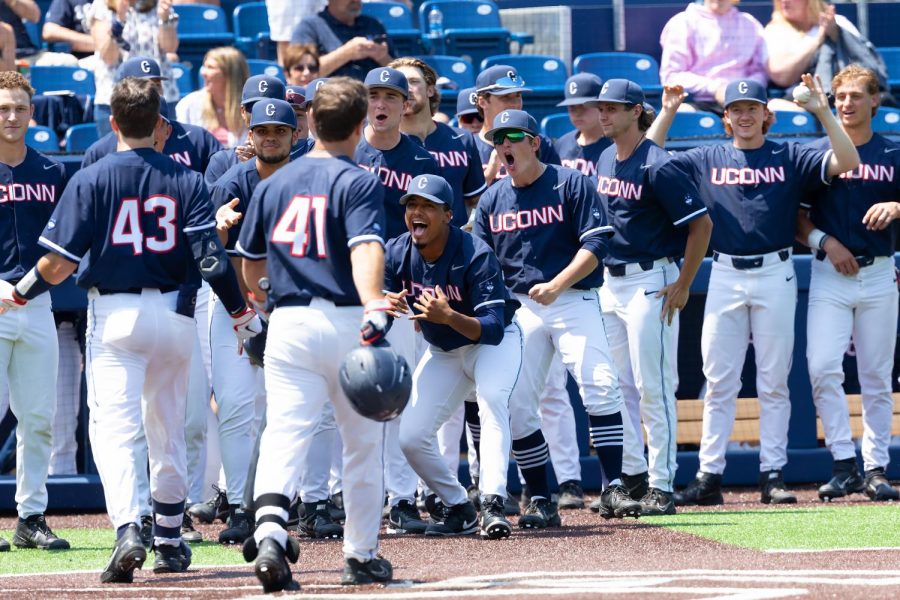 Courtesy of the University of Connecticut

Connecticut is ranked 43rd in the RPI.

Connecticut, the champions from the Big East, are the No. 3 seed in the College Park regional. The Huskies’ 2022 record was 46-13 and 16-5 in-conference, good for 43rd in the RPI rankings.

Connecticut faced fewer good teams in the regular season, only playing one Q1 game all season, good for the No. 181 strength of schedule in the NCAA. The majority of its matchups came in Q4, where the Huskies went 29-4. Connecticut’s best series win — the second-to-last series of the regular season — came against Xavier, the No. 62 team in RPI. A week later, though, the Huskies were swept by Georgetown, the No. 137 team in the country.

Sophomore outfielder Korey Morton leads Connecticut with a .442 batting average but only played in 34 games for the team. Senior two-way player Erik Stock, who started all but one game for the Huskies, hit for a .375 average. Leading the team in home runs, with 11, are graduate students, two-way player Ben Huber and utility player Casey Dana. Huber also led Connecticut in RBIs (57).

Senior pitcher Austin Peterson is the No. 1 starter for the Huskies with a 3.22 ERA in 100.2 innings pitched. The No. 2 starter, sophomore Pat Gallagher, has a 3.21 ERA in 89.2 innings. Sophomore Garrett Coe appears to be Connecticut’s first choice out of the bullpen with a 2.56 ERA in 31.2 innings. 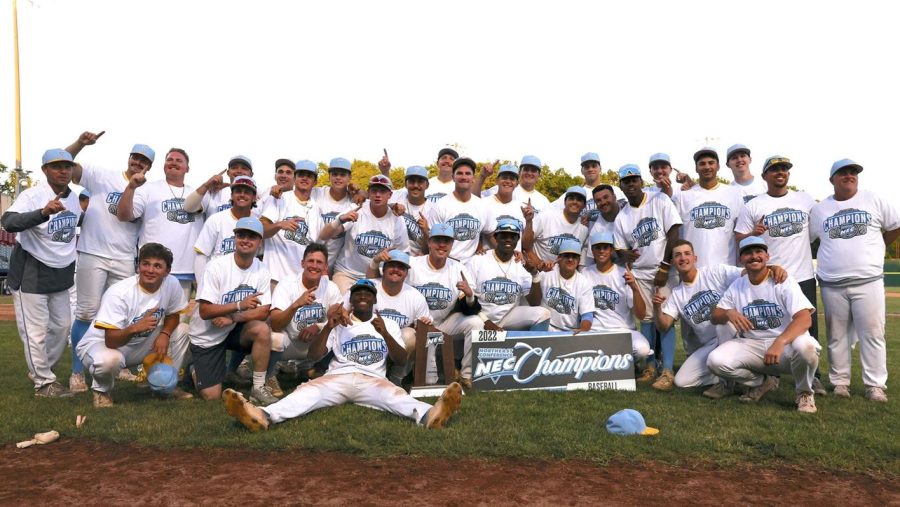 Long Island University is ranked 135th in the RPI.

Long Island, the winners of the Northeast Conference tournament and regular-season championship, fill out the regional as the No. 4 seed. The Sharks went 37-19 and 18-9 in the conference, good for No. 135 in RPI.

Long Island only played four games in the second quadrant and did not face off against a single Q1 team. Their strength of schedule ranks No. 265 in the nation. The team’s best series win came against Bryant — ranked No. 103 in RPI — in early May. The Sharks fell to the Bulldogs in their earlier series in March.

As for pitching, the top-two starters for the Sharks are senior Josh Loeschorn and graduate Jalen Wade. Loeschorn, the apparent No. 1 for Long Island, has a 3.02 ERA in 95.1 innings pitched. Wade registered a 5.90 ERA in 68.2 innings. Out of the bullpen, senior Nick Torres — the NEC Tournament MVP — has a 3.14 ERA in 51.2 innings. While mainly pitching in relief, Torres has started games for the Sharks, including a 6.1-inning, no-run performance in the conference championship game.