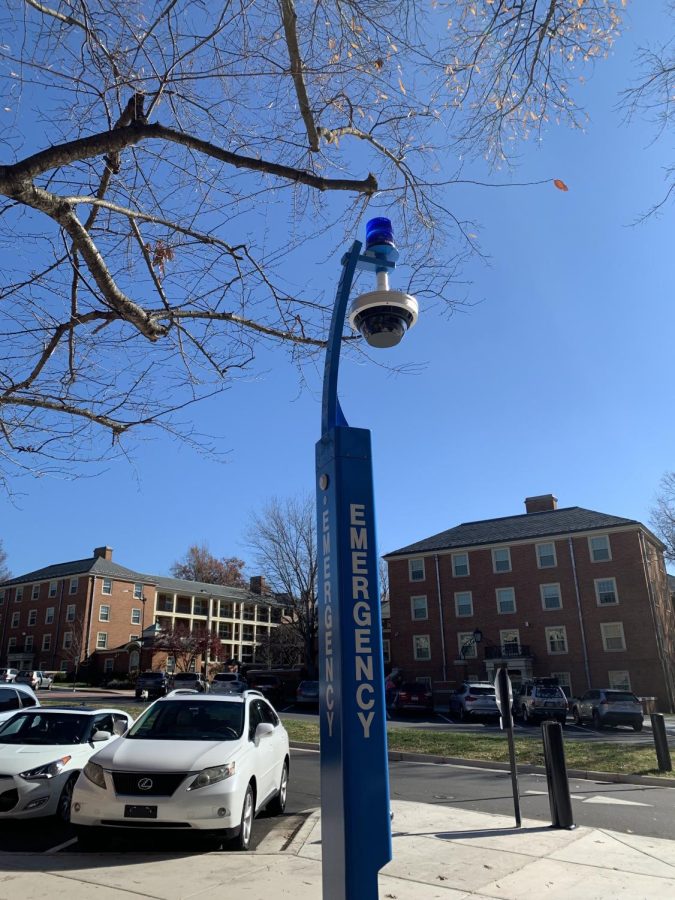 Wake Forest will add a dozen new cameras in Spring 2023, per University Police.

The results from the Campus Climate Survey and the university’s response to the harasser issue demonstrate an immediate need for increased security on campus, mainly in the form of security cameras in every campus parking lot. As informed by Herring, “there are over two dozen cameras that provide coverage of more than a dozen parking lots that include Student Drive, Lots B, A, P, N, J, H, S2 and M. In spring 2023, a dozen new exterior cameras will provide additional parking lot coverage as well as coverage of Davis and Poteat Fields, and Hearn and Manchester Plazas.” Despite this seemingly large number of cameras, the parking lots that most desperately need surveillance, the sophomore and freshman parking lots — known as lots Z2 and Z5 — respectively are excluded from this account.

With no security, students feel vulnerable when walking to and from the lot. According to the Bureau of Justice Statistics, roughly “10% of all crime happens in parking lots.” This fact prompted the Wake Forest parent previously mentioned to comment that “It really seems like a no-brainer to have cameras in the parking lots. If there’s no deterrent for criminals to break into cars, kidnap or harass people, then they are going to do it. When tragedy does strike, we’ll all wonder ‘why weren’t there any cameras?’”

They went on to say that “there needs to be a security guard stationed at the off-campus parking lots 24/7.” Though a security guard stationed in the lot or watching cameras placed there would be the best solution, even the presence of cameras has been shown to deter crime, especially when combined with other methods such as improved lighting. A New York Times article described a New Jersey town whose crime rate has fallen by 50% over the past year, a decrease attributed to improvements in crime-fighting technology, including high-tech surveillance cameras.

Although Wake Forest’s systems would not be so advanced, cameras in every parking lot would provide much greater benefits than that of the blue light boxes — which are essentially emergency telephone boxes — as the majority of these devices do not have a video surveillance component. Even in cases where cameras do not stop crime, recorded video footage can help with criminal investigations on everything from sexual harassment and assault to property crimes such as car accidents. Students and parents have made it clear that it is necessary to install cameras in every parking lot to better ensure the safety of the WFU community.

The work to make campus safer is ongoing. Students in addition to administrators must ask how to end sexual harassment, and the administration must make changes to WIN and improve camera surveillance. Wake Forest’s transparency about these issues and commitment to action to end sexual harassment on campus are positive signs; however, additional action is required to help further ensure student safety.