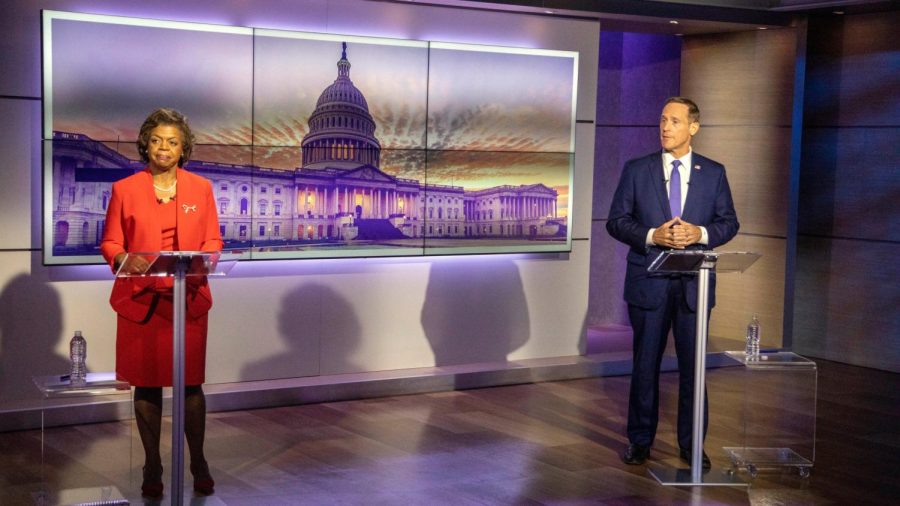 Cheri Beasley and Ted Budd are facing off in an important contest for a vacant U.S. Senate seat 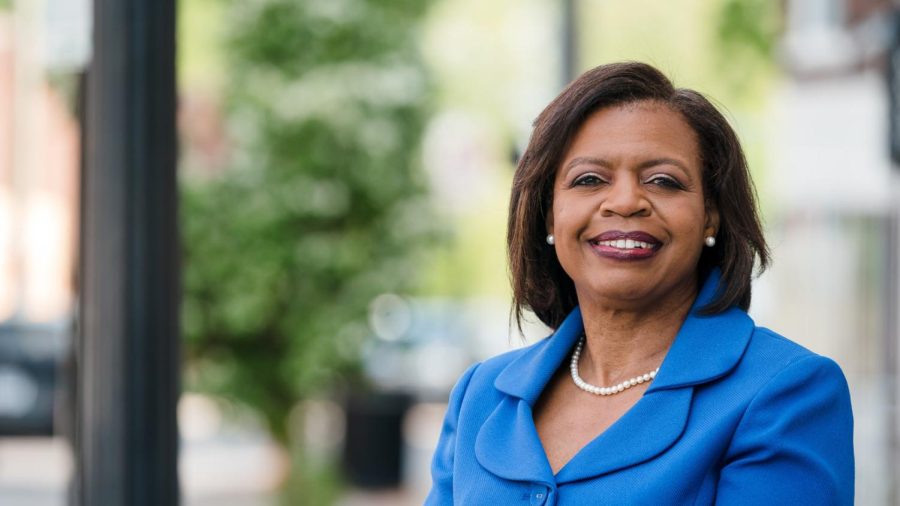 Cheri Beasley will advocate for necessary reforms in the Senate, writes Sophie Guymon.

North Carolina midterms are quickly approaching, and the most important election is by far the close race between former Chief Justice of the N.C. Supreme Court Cheri Beasley and Representative Ted Budd to represent North Carolina in the U.S. Senate.

Currently, Budd is narrowly leading the polls — which is incredibly concerning, given his extremist viewpoints. While Budd presents himself as a relatable, all-American candidate who will lead our country toward a brighter, more civil future, he is anything but. Budd’s belief system comprises a plethora of problematic viewpoints that threaten the lives and liberty of everyone who doesn’t share his demographics — that is, white, male, Christian, cisgender and heterosexual. Cheri Beasley, on the other hand, is much more capable of representing the best interests of North Carolina. If elected, she would make history as North Carolina’s first Black U.S. senator.

Of foremost concern is the fact that Budd is among the Republicans who have contested the results of the 2020 presidential election. In December 2020, he signed onto an amicus brief in Texas v. Pennsylvania, a case contesting the results of the 2020 election in Georgia, Michigan, Pennsylvania and Wisconsin — all battleground states where Joe Biden defeated Donald Trump. On Jan. 6, 2021, Budd objected to the certification of electoral votes from the 2020 presidential election, contending that officials in Pennsylvania had acted “illegally” and “violated” the constitutions of both the United States and their own state. Budd has recently attempted to distance himself from these viewpoints, but that doesn’t change the facts.

Budd is also vocally anti-abortion, having co-sponsored the House version of Senator Lindsay Graham’s legislation to ban abortion nationwide after 15 weeks of pregnancy — a bill that, if passed, would be a devastating blow to reproductive rights everywhere. While Budd proudly describes himself as pro-life and a protector of the unborn, anti-abortion beliefs are nothing to be proud of.

Beasley, on the other hand, is endorsed by the Planned Parenthood Action Fund and is a champion for reproductive rights and healthcare, supporting the Women’s Health Protection Act (WHPA), as well as the repeal of the Hyde Amendment.

If this wasn’t enough, Budd opposes the expansion of voting rights, criticizing the For the People Act as undermining election integrity and claiming that the bill would allow minors to vote — which is false. Beasley, however, understands the importance of equal voting access, and is a promoter of transparency, fair redistricting, protecting voting by mail and mitigating the harmful impact of anti-voter legislation.

Unlike Budd, Beasley is an advocate for all North Carolinians, supporting the expansion of the Affordable Care Act — which Budd voted to repeal in 2017 — with a public option, as well as Medicaid and reproductive healthcare. Beasley also promises to fight for accessible, well-funded public education for all, championing an increase in Title I funding and the full funding of the Individuals with Disabilities Education Act. Budd, on the other hand, has failed to acknowledge the racial and economic disparities in the American education system, instead dedicating his platform to “[fighting] back against woke indoctrination” and banning Critical Race Theory in the classroom.

“But Budd’s a good Christian just like me,” supporters might say. “I feel confident voting for someone who shares my values.”

As someone who was raised Mormon, I am all too familiar with this phenomenon of making political decisions based entirely on religious affiliation. I know dozens of people who voted for Mitt Romney in 2012 because he was Mormon but were unable to articulate any other characteristics that would make him a good president. Worse still, I know people who threw away their vote for Evan McMullin — a third-party candidate who had absolutely no shot of winning — in the 2016 presidential election for the same reason.

Newsflash: most American politicians are Christians. All 45 presidents have been Christian, and 43 of those 45 being Protestants. Beasley is also a Christian who, unlike Budd, has not fallen prey to the “Republican Jesus” phenomena — a Jesus who “loves borders, guns, unborn babies and economic prosperity and hates homosexuality, taxes, welfare and universal healthcare” — that is, a Jesus who is antithetical to Christian values.

Beasley is far from a perfect candidate — taking stances on issues such as funding the police and securing the border with which I personally disagree — but she is clearly the better one. In fact, some of her stances that are out-of-character for a Democratic politician give her appeal to the moderate voting base that Budd — as a Trump Republican — does not have.

A vote for Budd is a vote for another “Republican Jesus” candidate who would uphold the worst parts of the American status quo — a vote for Beasley is a vote for America and much of the reform that our country needs. 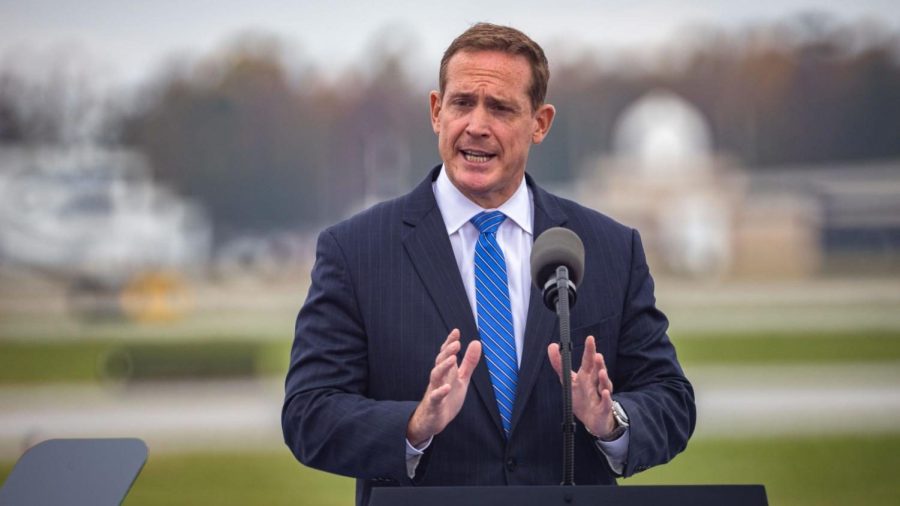 Regardless of your political inclinations, it is undeniable that the upcoming midterm elections will be pivotal in shaping the next decade.

As someone from Texas who goes to college in North Carolina, I had to determine the state in which I should cast my vote. This decision was simple, as my vote is worth more in North Carolina due to its nature as a swing state. And when November comes, I am confident that electing Ted Budd to the U.S. Senate will be best for America’s future.

Representative Budd, who currently serves North Carolina’s 13th district, has earned my vote because he brings an outside perspective to the Senate. In a room full of attorneys, his background in business and theology will allow for the presentation of new ideas to a largely homogenous group. As the strengths of diversity are increasingly made clear to the world, it is vital to consider the necessity of electing public officials who possess diverse educational and vocational backgrounds.

Budd also supports a bill to make prescription drugs more affordable and accessible — it is essential for Americans to take care of each other in desperate times. This compassion for others necessitates finding ways to give Americans the prescription drugs they need. Budd recognizes this necessity and is attempting to secure our nation’s posterity by finding ways to provide Americans with the tools needed to live healthier lives.

Budd also has a track record of standing up for American industry, which grows ever more critical as American hegemony wanes. As other nations’ economic and military threats loom, the United States must ensure that critical industries maintain domestic production. On September 29, Budd proposed a bill to close a loophole that allowed chip producers receiving federal funds to move production abroad. Semiconductors are vital to most modern technology, but other nations, mainly in East Asia, manufacture the vast majority of the world’s supply. The results would be disastrous if another country ever cut off our access to purchasing chips. Therefore, I applaud Budd for his attempt to protect this domestic industry, as semiconductors are the lifeline of the modern American economy.

In recent years, a familiar choice has faced the American public: to vote for one immoral politician or the other. Yet, I believe that Ted Budd’s background can change this trend, as it has taught him a great deal about morality and American values, leading to a humble self-perception. Budd and I are both members of Two Cities Church in Winston-Salem. Knowing the values of this church, I can be comforted in knowing that Ted Budd has similar beliefs to me. I am therefore inclined to believe that Budd is an honorable man and that he relates to the average American far more than most politicians.

Ultimately, Ted Budd’s track record and background have given me confidence that he is what America needs right now. His values will guide political discourse more civilly — if elected, future Senator Budd can alter the cruelty and vitriol that have embodied so much of American politics over the past decade. I believe that Budd can lead us into a brighter future.

This poll has ended.

For which candidate do you plan to vote?