Rev. Emily Hull McGee is a Wake Forest Divinity School graduate (‘09) who recently was affirmed as the 12th pastor of the First Baptist Church located in downtown Winston-Salem. She moved to Winston-Salem from Louisville, Ky., where she served as the Associate Pastor to Young Adults at the Highland Baptist Church. At age 33, she is the first female pastor to lead the congregation in the church’s 150-year long history.

Inside the domed ceiling of First Baptist Church, a congregation of about 200 people listen to a sermon given by a woman.

McGee started at the church in early July after an extensive hiring process.

While the role of women as pastors can be controversial, McGee says that she has been widely accepted by the church and the decision to hire her has rested well amongst the congregation.

McGee comes from a long line of pastors. Both of her parents as well as her grandfather are pastors, but she never thought that she would become one herself.

She majored in music at Furman University and decided that she wanted to be an opera singer. While at college, McGee experienced the church and her faith in a different way.

Instead of attending church on Sunday mornings, she found herself having long theological debates with her friends in bars on Saturday nights.

“I was feeling more connected spiritually than I had at any other time in my life,” McGee said.

At that point, McGee found that she had a decision to make. She could either struggle through auditions to hopefully become a successful opera singer, or she could go back to school. Inspired by her discussions of theology with her friends, she decided to attend the divinity school at Wake Forest University.

Even then, McGee said that she was adamant that she would not become a pastor like her parents and her grandfather, but she couldn’t resist a familiar tug that brought her back to the local church.

She found her first job as a minister to young adults at Highland Baptist Church in Louisville, Ky., where she worked for nearly six years. McGee used her experiences from college and graduate school to help her expand the church’s outreach to young adults.

“Churches do a great job of raising children and youth in faith, but then when teenagers go off to college, the church kind of says, ‘Well, come back to us when you’ve got two kids and a picket fence and a dog and a healthy salary. Then you can jump back into the church life,’” McGee said. “And I was like, ‘this is not okay!’ The most formative development in a person’s life happens in that window of time between 18 and 35 or so.”

McGee said that she wasn’t looking for a new job until a hiring committee at First Baptist called, and even then she had her doubts.

“I thought, ‘I am a woman. I am young. I’m probably more progressive than the church is. I’ve never been a pastor. Oh, and by the way, I’m pregnant,’” she said.

In spite of her own doubts, she was exactly the kind of pastor that First Baptist was looking for, according to Nancy Baxley, co-chair of the hiring committee.

The committee of eight people was looking for a pastor who would fulfill the church’s vision of becoming more progressive, Baxley said.

“We had no gender questions,” said Baxley.“We had qualifications, but we felt like our task was to find the best person for our church and the person who God wanted to have in our church.”

Baxley said that when the committee got their first applications from female pastors, some instinctively said that they wouldn’t consider the applications.

Some said that they didn’t have any qualms with the idea of a female pastor, but they weren’t sure that First Baptist as a church was ready.

The Southern Baptist Convention (SBC) believes that the Bible restricts the office of pastor to men, according to the convention’s website, but First Baptist split from the SBC in 2005 to join the Cooperative Baptist Fellowship.

This new network of leadership not only condones female pastors, but encourages them, according to Baxley. This meant that the hiring committee had the freedom to move forward regardless of gender.

The hiring process not only included extensive interviews via Skype with prospective pastors, but it also involved three all-congregation conversations about what the church wanted in a pastor.

Interestingly enough, Baxley notes, gender never once came up as an issue in these conversations with the church members, although she says that this may have been because it never occurred to some people that the committee was even considering women.

At the end of the hiring process, Baxley said it was clear among the hiring committee members that McGee was the obvious answer for the church. A unanimous vote from the church members sealed the deal, Baxley said.

Baxley says that she and the rest of the committee were nervous about the church’s response to hiring a female pastor, but at this point, only one person has left the church — and even that was very amicable, according to Baxley.

Otherwise, both Baxley and McGee agree that the congregation has been very accepting and welcoming.

“We were most happy when [McGee] was enlisted,” said Helen Gwyn, a long-time member at First Baptist, “and we were most glad when she was selected.” 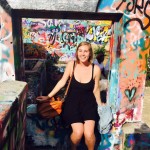