The Lawrence Joel Veterans Memorial Coliseum conference room went silent as the first beats of a new Nike commercial, which embodies the struggles and achievements of being a female athlete, began. Once the final line, “show them what crazy can do” closed, the room erupted in shouts and applause.  This was when Kate Parker, former Wake Forest soccer player, took the stage.

On Feb. 28, Student Athlete Development welcomed Parker back to Wake Forest to have her speak to a group of current female athletes.

Parker, who graduated from the university in 1998, is the author of Strong is the New Pretty, a photo book filled with girls of all ages showing that it’s “not about your looks but about what’s real,” as Parker said.

“This event is so important for female athletes because we need to remind ourselves to embrace who we are and surround ourselves with a group of girls who support each other in our dreams,” said sophomore women’s golfer Emilia Migliaccio.

Parker said she had no intention of becoming a best-selling author. However, this changed when she saw the beauty in her two daughters being themselves and began to capture that in photos. She said she realized that telling her daughters to smile and clean up wasn’t the truth, and that the real story was in their liveliness, energy and confidence.

She also said her books were created to celebrate people for who they are, and if someone wants to make a change in the world, it starts with people being themselves.

“Your value is not in how you look or dress, but in who you are,” Parker said.

Parker related to all of the women in the room as she described her struggles with being a female athlete in 1998. All of her jerseys were made for men, and being given free cleats was monumental for women, while it was expected for the men’s team.

In this age of social media, there are new pressures that girls and women did not have to face, and Parker said she wants to provide a place and convey a message where women can celebrate who they truly are.

“With all the pressure society puts on girls today to act and look a certain way, it was refreshing to hear that it’s okay to be different,” said sophomore and women’s soccer player Abby McNamara. “It’s okay to be confident and loud and to not care what people think. There’s so much more than to just being pretty in a physical way. As Kate would say, being pretty is being strong. I aspire to live my life in that way, every single day.”

Parker dove into the power one can have by knowing their emotions and feelings and that having power doesn’t mean being comfortable. Rather, she argued that being uncomfortable is where change is made.

“Bravery is not being fearless. It’s being afraid and doing it anyway,” Parker said.

It went from a room of quiet listeners to one full of loud chanters in less than ten seconds.

Once she was done speaking, the floor opened up to questions for any athlete that wanted to speak. Parker expressed that she had never thought about photography before her children, and that in the beginning of her career as a photographer, she was embarrassed about not going to school for photography.  However, she said now she will never apologize for being a woman in a position of power, and that she wouldn’t be where she is today if she had let fear and doubt rule her life.

Sophomore soccer player Hannah Betfort claimed she felt she could run a marathon after Parker’s speech.

“Remember the kid inside of you, and let her lead, not doubt,” Parker said. 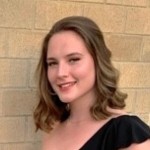