Members of the Z. Smith Reynolds (ZSR) Librarians’ Assembly voted on July 23 to approve a statement urging the university not to use test monitoring technology that used facial recognition to detect academic dishonesty.

The ZSR assembly was especially concerned about studies that demonstrated racial and gender biases, among others in what certain monitoring software identified as cheating. The statement followed discussion in an exploratory group chartered by the university’s COVID-19 planning team to explore options for exam software.

“Facial recognition and face detection technologies have been shown to display gender and skin-type biases that more frequently mis-identify women and Black, Indigenous and People of Color and present significant challenges to trans, non-binary and gender non-conforming students,” wrote the assembly in their statement. The assembly also noted that students who do not have access to private, quiet work areas may also be adversely affected by monitoring systems.

The statement by the librarians’ assembly was a proactive measure, according to the statement’s author and ZSR employee Kyle Denlinger, who served on the exploratory committee.

The issue of test proctoring is not unique to Wake Forest, either. The transfer to online learning (and online test proctoring as a result) have raised concerns about security and privacy nationwide. An April article in the Washington Post told the story of a University of Florida student who vomited during a test and was not allowed by her proctor to log off and clean up. Stories like these fuel the concerns Denlinger and his colleagues have of services like Proctorio and ProctorU.

“The professional ethics of librarians tend to [intersect] with privacy issues … which these systems have. There are a lot of privacy concerns,” Denlinger said.

As of now, the Schools of Business and Law have adopted school-wide policies on test proctoring and are utilizing software that does not raise the privacy and discrimination concerns mentioned by the assembly. The college currently does not have any such policy because it covers a much wider range of departments and faculty than the professional schools, according to Senior Associate Dean of Faculty Anthony Marsh.

“In the college we have 29 academic departments and it’s not quite as easy … with that diversity of departments to … develop a policy on software when we haven’t broadly discussed the issue as a faculty,” Marsh said, although he noted that he “would not be surprised” if those discussions did come up as the semester progresses.

The lack of a universal policy in the college does mean the department of Information Services (IS) will be unable to monitor the software individual professors use, or how they use them, according to Hannah Inzko, the university’s senior director of academic technology and member of the exploratory committee. However, IS is offering guidance on alternatives to proctoring software to professors.

“We do work with faculty on alternatives to using exam software … but that’s about as much as we can do without having a clear policy,” Inzko said.

For students who are concerned about the use of what they feel are discriminatory or invasive softwares, Marsh noted that there are lines of communication open to the professors or the dean’s office.

With no official guidelines governing test monitoring in the college, department chairs will be able to dictate their departments’ test monitoring. In the Classics, Physics and Political Science Departments, there will be no standard policy for proctoring, allowing individual professors total freedom, according to their respective chairs. The Classics Department, for its part, has endorsed the ZSR librarians’ statement and has agreed not to use the systems with which the librarians take issue. 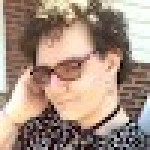