During the Martin Luther King Jr. Day Celebration, Wait Chapel hosted two daughters of Malcolm X, Ambassador Attallah Shabazz — artist, producer and diplomat — and Illyasah Shabazz  — author, community organizer and social activist — for an audience of around 700 people. The keynote event of the celebration was an interview of the two sisters by Michelle Gillespie, dean of the college and presidential endowed professor of southern history. The questions touched on the legacy of Malcolm X as a father and an activist, what it means to work towards justice and the current state of affairs of race relations in America today.

Illyasah Shabazz deferred to her older sister throughout most of the questions, which pertained mostly to their personal lives growing up with their father, or the absence thereof.

Since the younger Shabazz was not even three when Malcolm X was assassinated, most of the memories of her father are scattered. Ambassador Shabazz explained how their family shaped the person she is today.

“We come from generation six, seven, eight of human service providers,” she said. “It’s not a career or a profession, it is a being.”

The Shabazz family emphasized responsibility for each other. She said their family was built on a hierarchy of love.

“I like being the big sister,” Ambassador Shabazz said. “It’s not the directive aspect, but the protective.”

The protective aspect of their family spread beyond the boundaries of blood, reaching the King family, as well as the families of other prominent civil rights figures who were assassinated. Ambassador Shabazz spent much of her time on stage speaking about the perception of her father in present day society.

“They use our father to express aggression,” she said. She emphasized that the present day scholarship about Malcolm X is merely guesswork.

Outside of his own autobiography, the person who we know as Malcolm X is an amalgamation of speculation and sociological thought experiments.

“[Malcolm X and Martin Luther King Jr.] are not theory to me,” she said.

Addressing the persistent perception that Malcolm X and King were enemies, she asked, “Who are you protecting by perpetrating this myth?” The speakers on stage were framed by two photos, one of the two supposed enemies smiling and shaking hands, and the other of their wives holding each other.

At the same time, Shabazz acknowledged that her experience with her parents are different from the experiences of her siblings, but said that she enjoys hearing her younger sisters talk about their parents, because their perspectives could be different than hers. “We had a strict mother,” she said.

When her younger sister moved to interject, Shabazz laughed, then nodded. “I had a strict mother. She didn’t.”

To the young activists of the day she said, “The quiet of your mind gives you your answers.”

“Move with that inner voice by any means necessary,” she said, “Move past the outside voices that say ‘you should’ or ‘you shouldn’t.’”

The crowd was responsive; low murmurs of assent rippled frequently through the chapel, and the sisters came on and left to a standing ovation, however, the nearly full auditorium emptied almost as soon as the event finished, some leaving before the parting words.

“I was expecting to hear more of Martin Luther King Jr. and Malcolm X,” said sophomore Camille Bibb, mathematical economics major. “I wouldn’t go back knowing what I do now.”

For many who stayed, the speech had a huge impact.

“It’s my dream to be someone as powerful as them,” said Ashley Reid, a junior at Winston-Salem State University.

“I could feel their spirit of black empowerment. I was just so overwhelmed.”

Edima Udom, a sophomore psychology major, said Shabazz’s advice on getting quiet, finding that voice and ignoring the noise was something that resonated with her.

“It’s been hard being a black premed [student],” Udom said. “It’s been a struggle not to listen to the outside noise and continue to do it.”

“It is an honor to sit down under them and hear them speak,” said Natalie McKinney, a senior and sociology major.

“It was a healthy conversation,” said Winston-Salem State University alumn, Chris Taylor. “It got us a lot of perspectives we needed.” 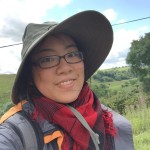